Idris Elba is an actor, DJ, and musician who is popular as drug lord Russell 'Stringer' Bell 'The Wire'. 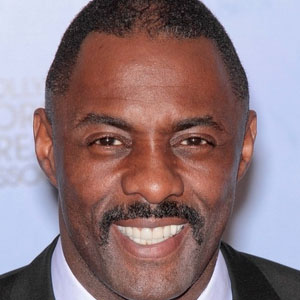 I'm an ambitious person. I never consider myself in competition with anyone, and I'm not saying that from an arrogant standpoint, it's just that my journey started so, so long ago, and I'm still on it and I won't stand still.

Whether it's music or acting, that creativity all comes from the same source.

I love to play different roles. That's just the kind of actor I am.

What is the relationship of Idris Elba?

Idris Elba is currently married to Sabrina Dhowre. They got engaged on 10 February 2018 and tied the knot on April 26, 2019, in Marrakesh. they have started dating each other in early 2017.

Talking about past relationships, Idris firstly was married to Kim Nørgaard in June 1999 and got divorced in 2003. Thye had two children, Isan Elba and Winston Elba.

He then exchanged vows with Sonya Hamlin on 9 April 2006. However, they separated in Aug 2006.

Who is Idris Elba?

Idris Elba is an English actor, DJ, and musician who is immensely popular for his role as drug lord Russell ‘Stringer‘ Bell on the HBO series ‘The Wire‘ and Detective John Luther on the BBC One series ‘Luther‘.

Currently, he was also seen in films ‘The Dark Tower, The Mountain Between Us’, ‘Thor: Ragnarok, and ‘Molly’s Game’.

He was born on September 6, 1972, and was raised by his parents in Hackney and East Ham. His nationality is English and his ethnicity is Sierra Leonean and Ghanaian.


Talking about his educational background of Idris, he attended a school in Canning Town but, he left his school in the year 1988 and became a member of the National Youth Music Theatre.

Idris started his career as a DJ in some nightclubs but, he was very determined to pursue a career in the acting world.

So, in 1995, he got the opportunity to play for the series ‘Bramwell’ which was followed by his work as an actor for an episode of ‘Absolutely Fabulous’ as Gigolo.

In 2007, he got his first breakthrough with the role of ‘Daddy’s Little Girls’.

Among his films and television series he is mainly known for his role as drug lord Russell “Stringer” Bell on the HBO series ‘The Wire‘, Detective John Luther on the BBC One series ‘Luther’, and Nelson Mandela in ‘Mandela: Long Walk to Freedom’ along with films like  ‘Thor: The Dark World‘ (2013) and ‘Beasts of No Nation’ (2015), and ‘Star Trek Beyond.

Also, as a musician, he was listed on the  Time 100 list of the Most Influential People in the World.

Thus, with the help of his talent and appearances, this is now of net worth of $30 million as of 2022.

Idris Elba has a height of 6 feet 2 inches. His body weighs 97kg.

He has dark brown eyes and black eyes.