Updated On March 6, 2022 | In Interesting Facts , Married
Share this 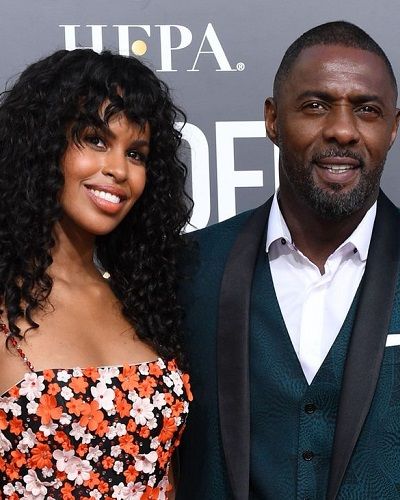 Idris Elba married Sabrina Dhowre in a stunning Morocco wedding after being engaged for a while. The two first met each other when Elba was filming The Mountain Between US they met at a local jazz bar.

Similarly, they dated for less than a year before getting engaged. He proposed her at a screening of his directorial debut Yardie at an East London theatre Rio Cinema. Idris got down on his knee five days before Valentine’s Day. He proposed her live on stage.

Their wedding was held on 26th April 2019. It was a three-day celebration at the Ksar Char-Bagh hotel in Marrakesh, Morocco. Sabrina wore a custom-made Vera Wang gown.

On 28th April 2019, she uploaded a series of pictures of her wedding and wrote,

“The best day of my life, thank you to everyone who helped make it so special.”

Also read Post engagement, Idris Elba and Sabrina Dhowre are doing love tour. Scroll down to know how he proposed her

After Idris Elba shared the Twitter video of him being tested positive on Covid-19, people started trolling his wife for staying beside him in the video. But Elba defended his wife and said,

“As much as we talked about her not coming to where I am, she did. She wanted to.”

Sabrina is from East Africa even though she calls Vancouver her home. Dhowre competed in a beauty contest Ms. and Mr. Vancouver Pageant. She was crowned Miss Vancouver in 2014.

She is a model and has done camera works. Also, Dhowre has walked in a number of red carpets. A few months ago she was featured in a fashion spreads for Harrods Magazine.

Even though Idris was born in the United States, she is of Somali descent. Sabrina’s mother Maryam Egal resides in Burnaby, British Columbia. On 24th September 2018, Elba posted a picture of her mother with a beautiful caption.

“Mom you are such an inspiration. You teach me everyday the importance of putting positivity back into this world,”

“I’m full of pride, and amazed by all the hard work you do. I can’t imagine a world without you and hope only that I can become half the women that you are.”

Dhowre was snapped with the enduring fashion legend Anna Wintour. From the picture, it seemed like they had a lovely chat. Similarly, Sabrina posted picture with the supermodels Bella Hadid and Gigi Hadid.

Talking about her education, Sabrina attended Howard University when she lived in Washington D.C. According to sources, Dhowre graduated with a degree in English Literature.

As a newly wedded couple, Sabrina and Idris made their first red carpet appearance on 2019 Met Gala. They stole the show as one of the best-dressed couples of the night. Her husband added a pop of color to his Versace suit. He wore a blazer with a swirling colorful pattern.

Idris Elba is an English actor, DJ, and musician who is immensely popular for his role of drug lord Russell ‘Stringer’ Bell on the HBO series ‘The Wire’ and Detective John Luther on the BBC One series ‘Luther’. Currently, he is working for four upcoming films ‘The Dark Tower’, The Mountain Between Us’, ‘Thor: Ragnarok’, and ‘Molly’s Game’. See more bio…