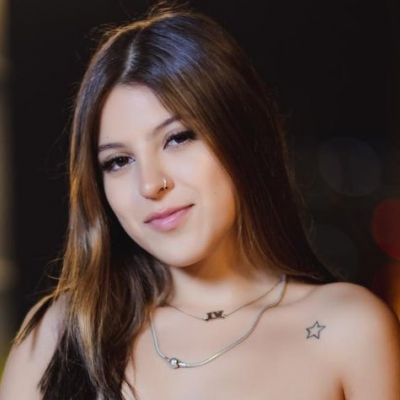 Who is Ignacia Antonia Currently Dating?

Currently, Ignacia Antonia is dating a guy named, Max Valenzuela, who is also a social media star. Further details about him and their relationship are unknown.

Previously, she was romantically linked up with a guy named, Tomas. Unfortunately, their relationship came to an end after two years of togetherness.

Who is Ignacia Antonia?

Ignacia Antonia is a well-known Chilean TikTok Content Creator, Author, Vlogger, and Instagram Celebrity. Within a short period of time, she became a popular personality and has also been the inspiration for many.

She  is the author of the book titled Atrévete a Soñar and has released her debut single, ‘Que Me Olvides.’

The beautiful social media star was born on September 7, 2001, in Santiago, Chile. Her nationality is Chilean while her ethnicity is not known.

Similarly, her birth sign is Virgo as per the astrological chart. She was born to her parents, Mauricio and Beatriz.

Apart from these, other details related to her parents, siblings, and educational life are still under review.

Apart from Instagram, she is also active on TikTok, which she uses under the username, @ignaciaa_antonia. She already has more than 6.1K videos uploaded on her account and on the other hand, it is enriched with over 28.8 million followers and 1.9 Billion likes. Lately, she has posted a duo video with one of the guys who seem to be like her boyfriend.

Ignacia has also garnered considerable recognition through short videos, vlogs, and other interesting content on her self-titled, YouTube channel.

On April 8, 2018, she launched her YouTube channel and has around 3.45 million followers as of  September 2022. Her videos titled, ‘EMBARAZADA A LOS 17!!! ?? | IGNACIA ANTONIA’ and ‘ASK MAXCHA ? | IGNACIA ANTONIA ft. MAX VALENZUELA.’ has been among some of her popular videos.

The rising star is multi-talented and is also the author of the book titled, ‘Atrévete a Soñar. For the promotion of the book, she has been to the countries like US, Spain, and Latin America.

The diva joined the ‘#NoMásBullying’ campaign in the same year to make people aware of the adverse effects of bullying.

According to various sources, Ignacia Antonia has an estimated net worth that ranges between $1-5 Million.

The TikTok personality is keeping herself away from rumors at present.

Regarding her body features, Ignacia Antonia stands at the height of 5 feet 3 inches whereas her weight is still under review.

Moreover, her eyes are brown while her hair is light brown in color. However, her body stats, dress, and shoe size are not known.

The diva has a huge number of fan followings on her social media accounts. Ignacia is present on Instagram and it boasts more than 9.8 million followers.

As of  September 2022, her self-titled, YouTube channel, has around 3.45 million followers.

When it comes to the Diva’s personal life, fans have always been enthusiastic to know about it.