iHasCupquake’s present relationship status is married. She met her gamer husband, Mario Herrera via a digital platform and communicate with chats plus calls.

They dated for around seven years before finally walking the aisle. This lovely couple often shares their adorable couple’s pictures on social sites. Recently, they gave their friends news of expecting a child.

She posted a picture with her husband holding a pregnancy test kit and said that they will become parents next year. 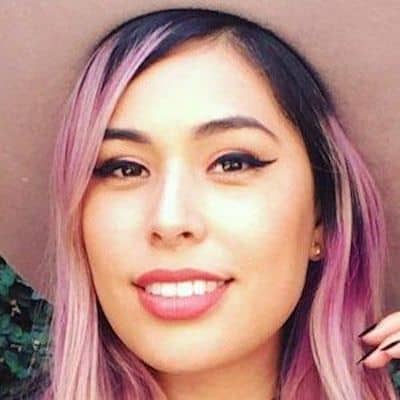 Her birthdate is 19 March 1988 and she was born in Los Angeles, California, the U.S. as Tiffany Garcia. The name of her mother and her father is not disclosed publically.

Further, Tiffany’s ancestry is Latin, and has an older actor brother named Anthony Garcia. He is an Instagram star.

As per her academics, she might have graduated from college with a degree in Arts.

This YouTube star is popular for her content of gaming, DIY, and cosplay videos on the video-sharing platform, YouTube. Here she runs a channel under the name iHasCupquake that was created in Aug 2010.

As of now, it has more than 6.97 million subscribers. Her videos are a variety of horror, indie, puzzle, and many more. The games she uploads are Minecraft Oasis, Enchanted Oasis, Minecraft to the Death, Bioshock, The Binding of Isaac, Scribblenauts Unlimited, The Walking Dead, Fran Bow, Yandere Simulator, etc.

Some of her widely viewed contents are Goodbye Ruby, The Hunt For CUTE Villagers (100+ NMT) Pt. 6,  Designing Summer Swim Suits in Animal, How To Dress Like Animal Crossing Characters, etc.

Besides this, she also owns a Twitch channel that is followed by more than 246k people.

This Gamer is keeping herself away from scandals as well as rumors. But her uploads on different social media are loved by the viewers.

iHasCupquake’s height is 5 ft 2 inches and her body weight is average. Furthermore, she has dark brown hair and has eyes in dark brown color.