Ileana Cabra is a Puerto Rican singer, composer, and vocalist. She is a member of a group named Calle 13. She is possibly single.

Ileana Cabra is currently possibly single. Apart from rumors, she has not been linked with any other celebrities. She is focusing on her career.

Also, she has been successful in keeping her personal information secret. 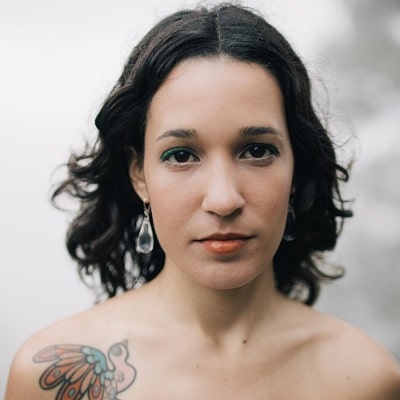 Who is Ileana Cabra?

Ileana Cabra is a Puerto Rican singer, composer, and vocalist. She is also known as ice and PG – 13. She is a vocalist of Calle 13 with her brothers Rene Perez Joglar (Residente) and Eduardo Cabra Martinez (Visitante).

She was born on April 28, 1989, in Hato Rey, San Juan, Puerto Rico. Her birth name is Ileana Mercedes Cabra Joglar.

She was born to her mother Flor Joglar de Gracia, an actress, and her father Jose Cabra Gonzalez, a creative advertiser and musician.

This singer has many siblings- including half-brother Rene Perez Joglar and step-brother Eduardo Cabra Martinez. She holds Puerto Rican citizenship and her ethnicity is Caucasian.

Ileana Cabra started singing while still learning how to speak. Later, she joined and sang at the School Choir and the Handbell Choir while learning to play piano at Puerto Rico Music Conservatory.

When she was 16 years old and a second-year high school student, her brother Residente picked her up one day after class. Residents asked her to sing La Aguacatona, a song he and Visitante had written for a demo.

After that, she took additional vocal studies with Cuban singer Gema Corredera and took private singing lessons with Hilda Ramos.

After this, Ileana Cabra joined her brothers Residente and Visitante as members of Calle 13, they completed their song La Aguacatona. Her performance attracted White Lion Records which opened doors in their career.

Moreover, it was announced in August 2015 that Cabra would change her artistic name from PG-13 to it and was working on her first solo album.

She was nominated for Latin Grammy (2016) and won Grammy Award for Best Latin Rock, Urban, or Alternative Album (2017).

As of 2022, she has an estimated net worth of around $10 million and she has earned that sum of money from her professional career. Her income and salary are under review.

She is rumored to be dating Puerto Rican musician Ismael Cancel and is frequently featured on his social media page.

Ileana Cabra has dark brown eyes and back hair. Also, her body measurement is 34-26-35 inches and her bra size is 34B. But, her height is 5 ft 7-inches, and her weight of 54 kg but shoe size, is not available.