Ilfenesh Hadera is an actress. Ilfenesh is engaged to Alexander Soroken. her fiance is a Bartender.

Ilfenesh Hadera is currently in a relationship. She is having an affair with a guy named Alexander Soroken. He is not a celebrity nor does he work in the entertainment field.

Her boyfriend Alexander is a bartender. He is a Bartender at La Esquina bar in New York City.

The couple recently got engaged. He proposed to her with a beautiful ring for which she said “YES!”

Soon they are going to get married and become husband and wife. 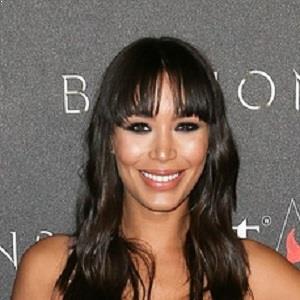 Who is Ilfenesh Hadera?

She became popular when she was cast as Stephanie Holden, the love interest of Dwayne Johnson in the American comedy movie Baywatch (2017).

Hadera was born on December 1, 1985, in New York City, New York, USA. Hadera is an American by nationality and she is of Ethiopian and European ethnicity.

She is the daughter of Kim Nichols and Asfaha Hadera. She was raised in New York City by her parents.

Her father is of Ethiopian descent and her mother is of European descent. Her parents are involved in community organizing and public advocacy.

She is a graduate of Fiorello H. LaGuardia High School of Music & Art and Performing Arts.  She also studied acting as a student at Harlem School of the Arts.

She developed an interest in acting at an early age and wanted to pursue her career in acting since her childhood age.

There is no exact information about how Hadera began her acting career. Before becoming an actress, she worked with the African Services Committee to improve the quality of life of impoverished African citizens.

She was cast in the TV series Billions (2016-present) in mid-2016. She is cast as Stephanie Holden in the 2017 film adaptation of Baywatch, alongside Dwayne Johnson.

Hadera began starring as Mayme Johnson, the wife of Bumpy Johnson in the premiere of the American crime drama television series, Godfather of Harlem on Epix on September 29, 2019.

Her income has not been revealed yet to the media and public. As of 2022, she has an estimated net worth of $1 million.

Rumors are that she has been dating her boyfriend Alex Soroken for a long period of time and she is now engaged to his longtime boyfriend Alex.

Ilfenesh Hadera has a height of 5 feet 11 inches. Her body weighs 64kg.

She has black hair and black eyes. Furthermore, her body measures a size of 36-27-38 inches.

Also get to know more about the birth facts, education, career, net worth, rumors, height, and social media of different personalities like Bianca Lapus, Shaina Magdayago, and Mutya Orquia.

‘Baywatch’ Falling Behind in the Box Office! Find out the reason Behind it!!