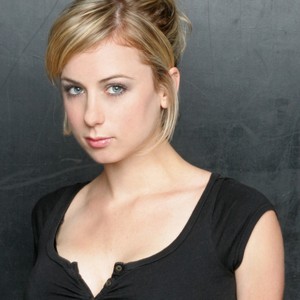 Passion always finds a way. Follow your passion and everything else will work out

You know what happened the last time a group of people said, 'Screw it, we don't care what you think'? They got hung as witches.

Iliza Vie Shlesinger is a married woman. She is married to her longtime girlfriend, Noah Galuten. The couple tied the knot on 12th May 2018. There is no news of her being pregnant yet.

Prior, she has had affair with Bret Ernst. But due to some difference, the couple broke up.

Who is Iliza Vie Shlesinger?

Iliza Vie Shlesinger is an American comedian. She was the 2008 winner of NBC’s Last Comic Standing and went on to host the syndicated dating show Excused and the TBS comedy/game show Separation Anxiety. Currently, she hosts a late-night talk show called Truth & Iliza on Freeform.

Iliza Shlesinger more often known as Iliza Vie Shlesinger was born on February 22, 1983 in Dallas, Texas, the U.S. to a Reform Jewish Family. She attended the private Greenhill School and participated on the school’s improvisation team. She performed with Comedy Sports Dallas and attended the “University of Kansas for her freshman year. She also participated in “Semester at Sea”.

Shlesinger transferred to Emerson College in Boston, where she majored in film. There, she was a member of the campus’ comedy sketch group, Jimmy’s Travelling All-Stars, and refined her writing and editing skills. She moved to Los Angeles shortly after graduating from Emerson College.

After graduating from college, Iliza Vie Shlesinger moved to Los Angeles to pursue stand-up comedy. She was one of the most popular members of the Whiteboy Comedy group of standup comedians in Los Angeles, which brought her to the stage at The Improv in Hollywood.

In 2007, Shelesinger won Myspace’s So You Think You’re Funny contest and has been featured as the G4 network’s Myspace Girl of the Week. Her television credits include E! Network’s Forbes Celebrity 100, TV Guide’s American Next Top Producer, Comedy Central Presents Season 14 Episode 18, John Oliver’s New York Stand-Up Show, Byron  Allen’s Comics Unleashed, and History Channel’s History of a Joke. She has written for Heavy.com and had her own show on GOTV’s mobile network.

Then in 2008, Shlensinger became the first woman, and the youngest, winner of NBC’s Last Comic Standing, in the series’ sixth season. She was twice selected, by other comedians, to compete in the head-to-head eliminations, and won each time. She appeared in The Last Comic Standing Tour.

Iliza Vie Shlesinger contributed to Surviving the Holidays, a Holiday Channel holiday special, with Lewis Black, and narrated the 2009 documentary Imagine It! The Power of Imagination. In 2010, she released an on-demand comedy album, iliza LIVE, on her website, via The ConneXition. Around the time of these releases, Shlesinger appeared in a business comedy video series for State.

Iliza hosted The Weakly News on TheStream.tv from July 7, 2007, to April 9, 2012. She also hosted Excused, a syndicated American reality-based dating competition series, which ran from 2011 to 2013. She co-stars in the 2013 film Paradise. She began a podcast called Truth and Iliza in August 2014, Featuring celebrity guests &personal friends, the semi-weekly podcast is a forum for discussing things which bother her and those on the show, with Punk theme song performed by Being Mean to Pixley.

A late night show for Iliza Shlesinger was placed into development on September 2016 for the cable channel freeform. Truth and Iliza began airing on May 2, 2017.

Iliza Vie Shlesinger net worth is estimated to be $1 million dollars.

There haven’t been any rumors as we know Iliza is very much secret about her personal life, there are no any affair rumors as well.

On her first comedy album cover, Iliza Shelsinger posed completely naked and although you can’t really see anything too controversial.

Eliza Vie Slesinger has never been into controversy too.

Iliza is young and she has an attractive body shape. Her measurements of the bust-waist-hip are 36-26-34 inches and she has maintained her figure very nicely. Her height measures 5 feet 8 inches with her balanced weight is 63 kg. Her bra size is 34C, her shoe size is 7.5 (US), and her dress size is 8 (US). She has blue eye color and blonde hair color.

Iliza Shlesinger opens up about what type of guest she doesn’t want on her tak show! Click to read the whole interview