ImAllexx is a British Youtuber best known for his gaming and commentary videos.

Alex came out as bisexual. Currently, he is single.

Previously, he was in a relationship with Australian youtuber, Riley Skyyefall. Also, he has dated the American-Turkish Youtuber, Ani Tilki aka  Kingani. 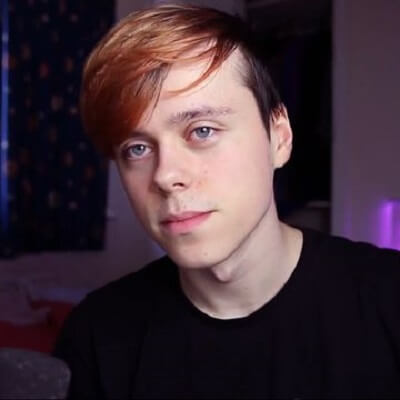 ImAllexx is a British Youtuber. He is best known for his gaming and commentary videos. As of May 2020, he has around 2.15 million subscribers.

ImAllexx was born Alex Elmslie on February 1, 1999, in England, United Kingdom. As of 2020, his age is 21. There is no information about the identities of his parents. Alex has kept his family life private. He grew up in a big house in England with his parents and brother, Will Elmslie. Will also has a YouTube channel, a TikTok account, and is active on social media sites.

He was interested in making videos from an early age and started making videos at the age of 11. His parents bought him his first camera.

ImAllexx has an estimated net worth of around $700k as of 2020. Alex’s YouTube videos get an average of 400 k views per day from different sources. This means he earns an estimated amount of around $2 k per day. This means on average, the British Youtuber earns around $730 k annually from the ads that appear on his videos.

ImAllex joined YouTube on August 15, 2013. Since then, he has posted commentary videos, gaming, and other content. He first gained fame for his Minecraft gameplay videos and then for videos expressing his views on trending topics. He is also active on Twitch where he posts videos pertaining to games like ‘Call of Duty, ‘FIFA,’ and ‘Mario Bros.’ and gained around 3ok followers.

On his YouTube channel, he posts prank, comedy, challenge, and reaction videos. He is famous for posting ‘content cop’ videos and is known for commentating on events about YouTubers like LeafyIsHere, RiceGum, and Boogie2988.

His most popular upload is ‘The Momo Challenge is Actually Real’. This video has more than 5.3 million views. Some of his other popular videos are ‘We Need to Stop Emma Chamberlain’, ‘I Catfished My Daughter’, and ‘Desperate Man Buys a Wife’. All three of these videos have crossed over 3 million views each.

As of May 2020, his videos have totaled over 273 million views and his channel has more than 2 million subscribers.

The Youtuber stands at a height of around 5 feet 8 inches. He weighs around 57 kg. His hair color is brown and his eyes are blue in color.

Alex’s popularity has come with a price. The Youtuber has been a part of several controversies throughout the years because of his comments on different matters. The most notable one came in July 2019 when he was accused of falsely labeling Australian Youtuber, Michael ‘Slazo’ Kucharski a rapist.

The controversial topic started with Slazo’s ex-girlfriend, Chey posting on Twitter saying he used to force him in situations she was not comfortable with and would get aggressive if she refused what she asked. She also claimed she was a minor at the time. Moreover, she also posted some screenshots of their conversations.

Although Slazo came out and denied all the allegations made against him, Alex supported Chey on Twitter. He used his social media accounts to tell his followers that he did not think Slazo was innocent at all. KEEMSTAR then intervened saying Alex falsely accused Slazo of being a rapist and gave the wrong message to his followers. YouTuber Pierce ‘Kavos’ Kavanagh also sided with Slavo on the matter. He also posted a video on his channel titled “ImAllexx Needs To Be CANCELLED”.

Alex, with his videos, has offended several Youtubers. He has criticized Kavos on many occasions, Christian DelGrosso, Logan Paul, etc.

You may also like to read the Bio, Career, Net Worth, Body Measurements, and more about KEEMSTAR, Christian DelGrosso, Logan Paul, etc.