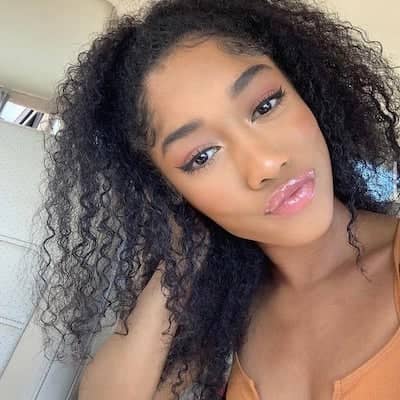 Iman Benson’s relationship status is possibly single. She has not revealed the data of her affair and boyfriend yet.

Who is Iman Benson?

Iman Benson is an American actress. Her fame is related to shows like BlackAF, Alexa & Katie, and more.

Her upcoming projects War of the Worlds (movie) and The Midnight Club (TV Series) are currently filming.

Her birthdate is 25 June 1988 and she was born in Manhattan, New York, United States. The names of her mother and her father are folded.

Iman’s ancestry is All-American and has a sister whose Instagram is suhiallah. As per her academics, she trained in acting from The Company Acting Studio.

Iman Benson first appeared in Uncle Buck in 2016. She played the role of Tia Russell for 8 episodes. Then in 2018, she had a brief appearance in the TV series Suits and Station 19.

She joined the cast of BlackAF in the year 2020 to play the character of Drea. This series is of comedy genre and the other casts are Rashida Jones, Kenya Barris, etc.

Moreover, Iman’s portrayal of Reagen in Alexa & Katie (2018-2020) is much appreciated by the audience. In 2020, she was seen for an episode in Creepshow as Morgue.

Her estimated net worth of around $500 thousand as of 2021. But her salary plus other incomes are not disclosed.

This star of BlackAF is keeping herself away from rumors and desperate scandals.

Regarding Iman Benson’s body features, her height is 5 ft 7 inches and her body weight is 55 kg.

Moreover, her eyes are dark brown with curly hair in black color.