American professional basketball player who plays for the Brooklyn Nets of the National Basketball Association (NBA). 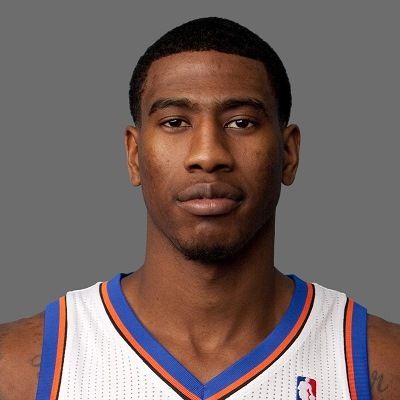 Iman Shumpert is married to recording artist Teyana Taylor. In December 2015, the couple has a daughter, Iman Tayla Shumpert Jr.

Who is Iman Shumpert?

Iman Shumpert is an American professional basketball player who plays for the Brooklyn Nets of the National Basketball Association (NBA).

Likely, Shumpert was selected by the New York Knicks with the 17th overall pick in the 2011 NBA draft. Shumpert won an NBA championship with the Cleveland Cavaliers in 2016.

Iman Shumpert was born in Oak Park, Illinois, the United States on June 26, 1990. His birth name is Iman Asante Shumpert and he is currently 29 years old.

Talking about Iman’s education history, he attended the Georgia Institute of Technology.

Talking about her profession, Iman Shumpert was drafted as the 17th overall pick by the ‘Knicks.’ Following his first few games with the ‘Knicks,’ teammate Jared Jeffries praised him and regarded him as one of the best on-ball defenders active in the ‘NBA.’

In the year 2012, Iman was selected to participate in the ‘NBA All-Star Weekend Slam Dunk Contest.’ After making a comeback in April 2012, he suffered a knee injury in a game against ‘Miami Heat.’

Likewise, he was given a respectable spot in the ‘Rookie of the Year’ voting. Receiving 33 votes in total, Iman earned the 5th spot. The voting process involved 120 sports writers and broadcasters.

Strangely, Iman was the only rookie to get votes for the ‘Defensive Player of the Year Award.’ In early 2013, Iman came back to practice with his team, following a clearance from his doctors.

Iman Shumpert played his first game of the season on January 17, against the ‘Detroit Pistons’ in London, and ended up scoring 8 points, with 3 rebounds and 1 assist.

Whereas, he made up for the time he spent away from the court and played exceptionally well for the ‘Knicks,’ helping them emerge as one of the strongest ‘NBA’ sides. In December 2014, another injury plagued him. In a game against the ‘Boston Celtics,’ he dislocated his left shoulder.

The ‘Cleveland Cavaliers’ got hold of him in early 2015. On January 23, he played his debut game for his new team. In the game against the ‘Charlotte Hornets,’ he scored 8 points, with 2 rebounds and 2 assists.

Another injury struck him in September 2015, and he was made to stay off the court for the following three months. In a March 2016 game against the ‘Boston Celtics,’ Iman scored 12 points and 16 rebounds.

In fact, it was his career-high score. Another injury had him missing a few games before the season playoffs. However, he also made his entry right in time and helped his team reach the ‘NBA Finals’ for the second consecutive year.

After a bumpy start, the ‘Cavaliers’ made a record comeback in the finals and ended up winning the ‘NBA’ title. Moreover, Iman continued the amazing performance in the next season, and in a game against the ‘Detroit Pistons,’ he scored a career-high 18 points.

Talking about his awards, a nomination he won NBA All-Rookie Team.