Ina Garten is an American author and host. She is renowned for hosting Barefoot Contessa.

Ina Garten is a married woman. Her husband is Jeffrey Garten. The couple got married when Garten was just 15 on December 22, 1968.

They have been married since with no signs of a divorce. Even if the couple has no children yet, it seems that the relationship will get along pretty well with no chances of a divorce. 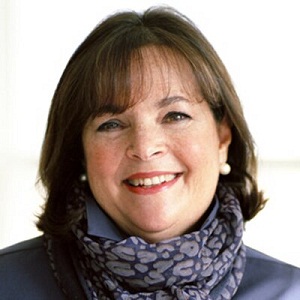 Instead of going out to dinner, buy good food. Cooking at home shows such affection. In a bad economy, it's more important to make yourself feel good

I absolutely adore Thanksgiving. It's the only holiday I insist on making myself

If you think about a Thanksgiving dinner, it's really like making a large chicken.

Who is Ina Garten?

Ina Garten is an American author and host. Ina Garten is renowned for her hosting skills portrayed in the program of the Food Network named Barefoot Contessa.

The most interesting thing about her is she taught herself culinary techniques with the aid of French and New England cookbooks.

She was educated at George Washington University for her education. She then attended Syracuse University but dropped out in order to get married to her present husband Jeffrey.

Ina Garten did not get any formal training as a chef and taught everything to herself. She learned everything through New England cookbooks as well as French cookbooks. Ina got a job in the White house and climbed up the political ladder in order to be inducted into the Office of Management and Budget.

She was then called upon to be the budget analyst there and she also wrote about the nuclear energy budget for the White House.

She has also written several books called the Barefoot Contessa cookbooks which are equally popular amongst her fans.

As of 2022, she has an estimated net worth of $60 million. There is no information regarding her salary.

The Physicians Committee for Responsible Medicine has criticized Garten’s cookbook Barefoot Contessa: How Easy Is That? for its use of high-fat, high-calorie, and high-cholesterol meat and dairy ingredients.

In response, Eric Felten of The Wall Street Journal called the report “an assault on cookbooks that dare to venture beyond lentils”.

Ina Garten reveals on why she and Husband Jeffrey didn’t have any Children: ‘It Was a Choice I Made Very Early’!!