Skip to content
Married Biography
Married Biography / Entertainment / India has to stop giving a false optimistic spin to the COVID-19 data if it wants to overcome the pandemic with minimal damage!

India has to stop giving a false optimistic spin to the COVID-19 data if it wants to overcome the pandemic with minimal damage!

Posted by MarriedBiography Posted on October 10, 2020 | In controversy , Health
Share this

India continues to churn out increasing cases of coronavirus. It is the highest number of cases per day. But Indian politicians seem to be unaffected by it. They are giving it an optimistic spin to avoid blame. This could be dangerous, says a recent article in The Lancet. Though the initial reaction to the pandemic was prompt, it later lagged behind and went erratic and unscientifically.

India and its initial response to COVID-19

The country with the second largest population in the world, India initiated a national lockdown in March. But the suddenness of the lockdown left many poor migrant workers in the lurch. They were stuck in places with no work or money and no food. The initial main afflicted cities were Delhi and Mumbai due to their vast international connections. The initial care could take care of the load but soon the virus spread to rural areas where medical facilities were scarce.

The country’s scientists are putting in their best efforts to develop a vaccine for COVID-19. But despite the rising cases, lockdown relaxation was carried out. This led to a surge in the number of cases and also deaths.

False optimism from government and media

The cases of coronavirus as well as the deaths continue unabated in that nation. Daily cases are more than 70-80k per day and deaths have crossed 106k. But with these unrelenting numbers, lockdown easing is continuing. And the politicians and media are giving a false optimistic twist to the whole huge numbers. This could be fatal as it could lead to a decrease in non-pharmaceutical interventions such as social distancing and face masks for the pandemic.

The pandemic is far from over in the world and the worse is yet to come. Providing such false hopes to its citizens, whatever be the reason could be detrimental. Clear and honest facts of the risks associated with COVID-19 needs to be communicated to the lay people there. If not, eradicating the effect of the pandemic might be impossible.

News reports claim that as soon as the government clamped the national lockdown, the country’s PM told major news houses that they should not spread pessimism and negativity. Is it justified for a national leader to hide the truth from its people? He also put pressure on the scientific organizations of that nation. The Indian Council of Medical Research (ICMR) has strayed away from scientific facts under political pressure. It said that on 15 August it will launch a vaccine, has advocated hydroxychloroquine despite no proven benefits of it in COVID-19, and also removed some true data on the virus from a scientific paper.

The government has been projecting a mortality figure of 1.8% that is surprisingly lower than other countries. Underreporting and falsification of data are the likely causes of this.  And giving a fake optimistic spin to the whole problem would hamper public health measures. Optimism is vital but not at the cost of clouding reality. The country’s politicians need to respect scientific evidence, expert commentary, and allow academic freedom if they have to succeed in overcoming the pandemic with minimal damage! 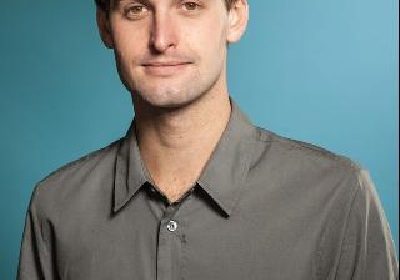