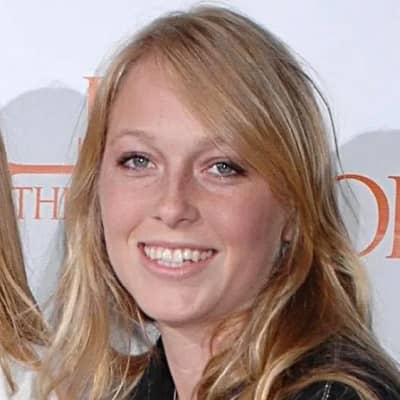 India Oxenberg is engaged to Patrick D’Ignazio, a pizza chef on 18 October 2019.

After India left the NXIVM cult, she met Patrick at a restaurant named Double Zero in New York, and since then, they are together.

Who is India Oxenberg?

India Oxenberg is an American actress. She is best known for her role in the 2002 movie The Vector File, and as a member of, NXIVM.

This actress was born on 7 June 1991, in Los Angeles, the United States with a birth name India Riven Oxenberg. Her mother‘s name is Catherine, who is a popular actress. Her father‘s name is William Weitz Shaffer.

India’s parents split up when she was very young. She has a step-father named Casper Van Dien, an actor.

India belongs to the royal family. She is the grand-daughter of Princess Elizabeth of Yugoslavia and Howard. She has three step-sisters Cappy Van, Maya Van, and Gracie Van.

There is no information about her educational qualification. She belongs to German, Jewish, Greek, and Russian descent.

Earlier, she developed an interest in movies and television as her parents are artists. She used to spend hours with her parents on film and TV sets. India grew up watching and learning from her mother.

Her mother Catherine has appeared in many movies like The Royal Romance of Charles and Diana, and The Lair of the White Worm. Her step-dad Casper also played in several films like The Omega Code, The Collectors, and more.

She made her debut in 2002 with her parents in action/thriller The Vector File, when she was only 10 years old. India played an innocent girl Mattie, who accidentally prints out a DNA code that in the wrong hands can end the human race.

Afterward, the same year, Oxenberg published the poem ‘The Man’ in ‘A Celebration of Young Poets’ held in California. She continues to act in both television and movies while learning as much as she can about the entertainment business.

Catherine introduced India in NXIVM in 2011 for a self-help, business-oriented program. But later, she came to know that NXIVM was a sex-trafficking cult and her daughter India spent a year on a 500-calorie-per-day diet.

After almost 7 years on this cult, India left NXIVM in 2018 June after the arrest of the cult leader and founder Keith Raniere.

Her mother published a book named Captive: A Mother’s Crusade to Save Her Daughter from a Terrifying Cult in 2018 August.

Catherine shared her worst nightmare and struggles to try to save her daughter from the cult. Later, she also narrates and produced the television film ‘Escaping the NXIVM Cult: A Mother’s Fight to Save Her Daughter’ released on September 21, 2019.

The average salary of an actor in US is $57,000. Meanwhile, according to some sources, Oxenberg has an estimated net worth of $1 million.

Rumor hit the media with a headline that a few years ago when she was a member of NXIVM, India was manipulated into having sex with the cult leader Keith Raniere.

India Oxenberg is 5 feet 5 inches tall and weighs 55 kg. Likely, she has blonde hair and blue eyes. Her body measurement is 34-25-34 inches.