Vegan chef and model India Reynolds is low key about her romantic life.

Previously India and Ovie Soko was in a relationship. Ovie Paul Soko is a British professional basketball player who last played for UCAM Murcia of the Liga ACB.

They met in the fifth season of the British dating show Love Island. While many of the couples split right after coming out of the villa, they were one of the couples who were seen together even after the show was completed.

However, it was now rumored that she cheated on Ovie Soko and they aren’t together anymore. 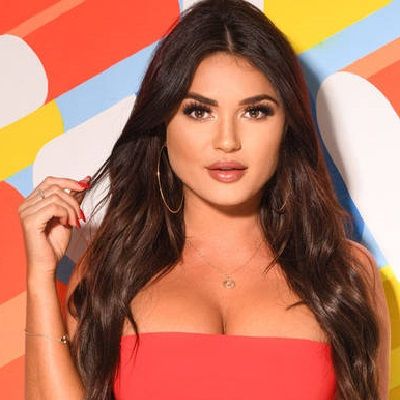 "Obviously, ( breaking up) It's difficult, but any breakup's difficult. It even more difficult when it's in front of the rest of the world."

Who is India Reynolds?

India Reynolds is a British model. India became popular in early 2019 after she appeared in the British dating television show, Love Island.

Before working on the dating television show, Reynolds was a glamour model who worked for The Sun and Playboy.

She is also a vegan chef who offers diet tips, meal ideas, and restaurant recommendations on Instagram.

2019 Nov 1: India Reynolds stunned everyone when she attended the Pride of Britain Awards at the Grosvenor House Hotel on Monday evening. On the red carpet, she wore a burgundy off-the-shoulder gown.

India Reynolds was born on 20th December 1990 in Reading, United Kingdom. She is of Caucasian ethnicity.

Details about her father, mother, and academics are not disclosed.

India started her career in modeling in 2009, when she took part in the modeling contest sponsored by The Sun. She was only 18 yrs old when she participated in the competition and was one of the finalists.

After that competition, she was signed by Samantha Modeling Agency.

India signs with the Samantha agency. It is managed by Force 1 Management. Moreover, the model also owns a lingerie and swimwear line.

The British dating show, The Love Island catapulted her into prominence. This show is about hot young singles, who have come looking for a summer of love and romance on an island.

India and her love interest in the show, Ovio Soko were the third finalists. They are adored by the viewers and India became a celebrity!

Reynolds is also a vegan chef. She offers recommendations about various restaurants, diet tips, and meal ideas on her social media.

Reynolds has a net worth of around $100k-$500k. She has earned her net worth from her modeling career as well as being a vegan chef.

Reassuring Ovie after learning during a challenge that the public had accused her of going after Ovie for his money, India left fans confused when she said there were easier ways of raising the cash – but she’s now said that her comments were “taken out of context”.

India Reynolds is a dark-eyed brunette. She has a height of 5 feet 8 inches and weighs 55 kg. Moreover, her body measurements are 34-25-35 inches.

Click on the link to know about Ryan Haddon, Lucy Watson, and  Nick Cannon.

What did India Reynolds do before Love Island?