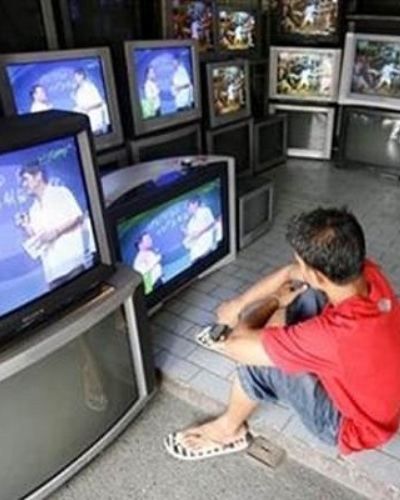 The anchors such as Arnab Goswami bully their panelists and display uncritical Narendra Modi worship.

Where are these channels going? Do they think the world is not aware of their wrong-doings?

Increasingly, it has come to the notice of the world that Indian TV channels deal in yellow journalism. They make things sensational and deal with fake biased debates and bigotry.

The chief anchor usually has only one job namely to bully the panelists and not to let them talk if they want to put forth a point that does not tally with the ruling party’s ideology.

There is a lot of hate-mongering ongoing on this mass media. Anchors continue to yell at the top of their voices and try to silence any person who has a different point of view.

But then truth cannot be stopped by a loud falsehood?

One Indian news channel had claimed that Gods would be coming to blows! And the CEO and editor of another news channel in India has past history of having gone to prison for alleged money extortion!

And both these ‘editors’ are guests of honor at banquets held by the ruling party. It is clear that these channels are funded a lot by the government of India and act as propaganda weapons for them.

Indian Channels are injurious to health

This statement is mandatory in the wake of the recent sad death of Congress party spokesperson Rajiv Tyagi. Rajiv suffered a heart attack shortly after BJP party spokesman Sambit Patra last week called him a ‘traitor’.

“In logo nei mujhey maar diya” (these people have killed me).

Rajiv’s last debate was on the show called Dangal which means wrestling match. So one can imagine the type of unhealthy debate on the show! How can one compare journalism to wrestling?

But on Indian channels, this is the increasing trend. The business model of these channels is awful. They believe that shouting is news and garbage is content.

More on this modus operandi

The Indian news channels continue to spit hate on gullible viewers who believe that what they are getting is news.

But in fact, they are victims of fake news and government propaganda. All this is put on Whatsapp and Facebook and fed to the viewers who willingly take and share it.

No genuine journalist would spin hate the way these Indian channel reporters do. They hold useless debates and attack the opposition mercilessly.

But they pose no questions to the government on any of their wrong acts. The ruling party leaders are the Bureau Chiefs and friends of these editors and journalists.

The Indian channels use the term ‘Operation Kamal’ to mean attempts of the BJP to topple the elected opposition state governments of any state.

The second term of Modi is worse and channels send them a list of the news bulletin for their approval. The channels have all become prostrate at the feet of the ruling party!

Seeing all these criminal acts of subversion may leave any person with some consciousness with high blood pressure and ill feelings!