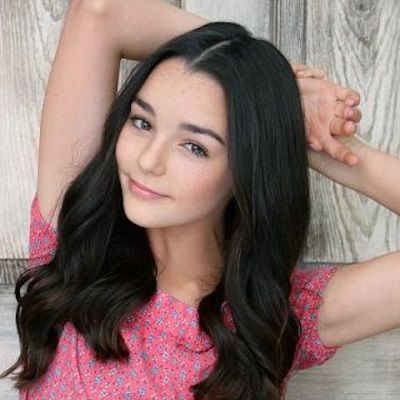 Who is Indiana Massara?

Indiana is mainly related to pop and synth-pop music genres.

She was born as Indiana Marie Ella Massara on Aug 23, 2002, in Coolbinia, Australia. Her mother and her father’s identities are not disclosed.

She has an older brother named Presley.

Regarding her educational background of her, she used to attend Mercedes College but left without completing her studies.

Indiana Massara started modeling at the age of 13 only. She first walked for LA Fashion.

Then in 2015, she was seen in a short film Crafty: Or (The Unexpected Virtue of the Girl in Charge of Snacks).

In the same year, she appeared in a comedy web series Sh!T Happens, in an episode of Trouble Maker.

Then in 2017, she enrolled the role of Rooney in the comedy-drama movie, Chicken Girls: The Movie and the web series Chicken Girls. Her other web shows are Total Eclipse (2018), Stuck (2019), etc.

As a YouTuber and Singer

Indiana Massara also has her own YouTube channel Indiana which was created on Sep 10, 2013. This channel has around 295k subscribers.

As a singer, Indiana has released her first single titled Drama in 2017. This song was loved and praised by the viewers.

Indiana is doing great with her professional and personal life. Till now, she has not been in any controversy.

However, it is rumored that she is in a relationship with Matthew Sato. He is an actor who appears in the Chicken Girls series.

Talking about earnings, this media personality has an estimated net worth is $0.3 million as of 2022.

Talking about Indiana Massara’s body features, she has hazel eyes and black hair. She stands with a height of 5 feet 7 inches and a weight of 55 kg.

Indiana Massara is active on other social networking sites. On Facebook, she has around 85k followers and this account was made on Jan 23, 2019.

Moreover, she is very popular on Instagram where she posts photos of her friends with different looks. This account has more than 2 million followers and 428k subscribers on its Youtube channel.