Indyamarie Jean Pelton is probably single as of now. But in the past, she has been in several relationships.

The model was also said to be dating the singer, Chris Brown. She also appeared in Chris’s new “Type of Way” video. 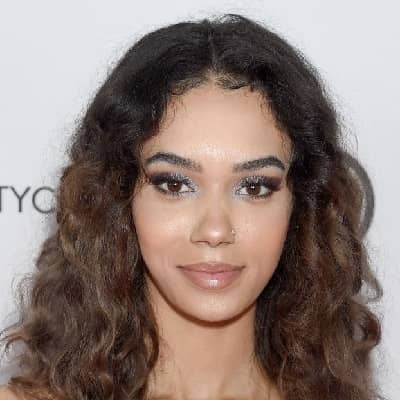 Who is Indyamarie Jean Pelton?

Indyamarie was born on December 7, 1993, in Pittsburgh, Pennsylvania, U.S. She grew with her two elder brothers.

She has lived in a number of cities, such as Kansas City, Atlanta, and Charlotte growing up. Not much information is available to the media regarding her father, mother, and education.

Her ancestry is All-American, Cuban, Cherokee, and likely she holds an American nationality.

Indyamarie started her modeling career from a young age when she was just 16 yrs old. However, she has an interest in fashion from high school and has decided to give up on modeling. She began designing jeans and started her own styling.

She started to post different pictures on her Instagram account in 2013. Her pictures were liked by people and she amassed attention amassing a great fan following.

It was in the year 2015, she got the modeling projects and started working for several high-end brands like Apple, Samsung, Coke, Sprite, Puma, etc. From January 2016, she hosted various events.

Furthermore, she has also been featured on the World Star Hip Hop website and VH1 morning show. From 2017 to 2019 she was signed to Wilhelmina Models.

Indyamarie perceived the idea of starting her accessory line when her personal jewelry Instagram post gets popular.

The model created ‘MarieJean Accessories’ and styled her own gold and diamond bracelets. She released her first accessory that was ’The ‘Princess Bracelet’.

After it, she received more demands from the male counterpart as well and promised to make it for both men and women. And as of now, ‘MarieJean accessories’ has become a famous brand online.

She has amassed a net worth of around $1 million. She has her own accessories line, MarieJean accessories which is one of the

Other information regarding her earning is not available.

Indyamarie faced a hard time due to her drugs selling drugs and its addiction.

Around the age of 19, she started selling drugs without knowing the impact they would have on her mind as well as physical health. And at her 21st bday, she became addicted to Xanax.

However, she decided to change all of the negatives in her life from her 21st birthday.  She has advocated the legalization of marijuana and its use for both medical and leisure activities.

Indyamarie Jean Pelton has a perfect figure with a body measurement of 33-24-34 inches. Likely, her height is 5 ft 6 inches and her weight is 51 kg.

Similarly, she is a brunette with light brown colored eyes.

She has her name tattooed near her right shoulder and likely she has tattooed all her right hand and shoulder parts.