Who is Ines de Ramon? 5 Facts about the Estranged Wife of Paul Wesley!

Posted on September 21, 2022 | In Divorce , Married , Relationship
Share this 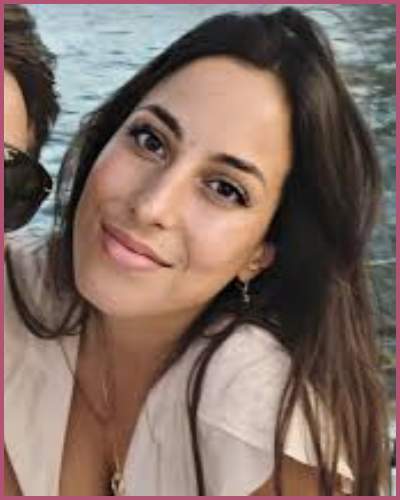 Learn about the estranged wife of Paul Wesley, Ines de Ramon while the couple is preparing to go their separate ways!

1. Ines de Ramon is a Graduate of the University of Geneva

Ines de Ramon pursued her bachelor’s degree in Business Administration from the University of Geneva in 2013. The graduate also has diverse educational qualifications but she is working majorly in the jewelry industry.

The estranged wife of Paul Welsey, Ramon also has a nutrition health coach certification from the Institute for Integrative Nutrition.

Ramon is currently the head of the wholesale of Anita Ko Jewelry. She has also been featured in the photo campaign of the jewelry in February 2o22.

3. Paul Wesley and his wife Ines de Ramon had a secret wedding

Ramon is the estranged wife of Tell Me a Story star, Paul Wesley. The two had secret nuptials in the year 2019 less than a year of dating before they announced their quiet split in September 2022.

They were photographed wearing matching rings in early February 2019. Shortly after the marriage speculations, the pair confirmed their wedding news.

Paul Wesley and Ines de Ramon started seeing each other in 2018 and were first spotted holding hands after a dinner date in June 2018. They also share a dog Greg together whom they revealed of having a good time during the Pandemic.

The Star Trek: Strange New Worlds star made their relationship Instagram official in September 2018. But he had already introduced the lady to his Instagram feed in a group photo back in June 2018 while their romance rumors were swirling.

Also, Read Who is Squid Game Lee Jung-jae? Insights on His Record at the 2022 Emmy Awards!

5. Ramon is the second wife of Paul Wesley

Ines de Ramon is not the only lady Paul Wesley has exchanged his marital vows with. He was previously married to his ex-wife, Pretty Little Liars actress Torrey DeVitto in 2011, whom he announced divorce in 2013.

Not only, Torrey but Paul had already revealed his intention of divorcing Ines as per their representative already disclosed the separation saying,

“The decision to separate is mutual and occurred five months ago. They request privacy at this time.”