Updated On November 7, 2022 | Published By: shahid | In controversy , Interesting Facts , Lifestyle
Share this 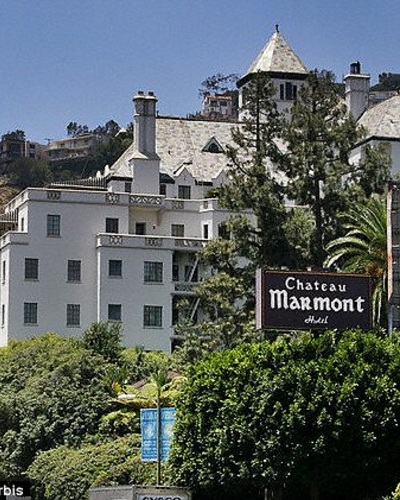 A new book has been published about this hotel and it bares everything that happened there in the past!!!

Chateau Marmont Hotel and its notoriety

Chateau Marmont Hotel has been in news often for things that happen there. It is a hotel where celebrities seek to escape from work or for some inspiration for their work. The staff there turn a blind eye to the goings-on.

Hence it makes headlines often. This place of refuge for Hollywood celebrities is perched on the hill above Sunset Boulevard. It is an institution where almost anything happens.

The author Shawn Levy has called this “the hotel where you could do what you wanted”. A new book has been released called The Castle on Sunset: Life, Death, Love, Art, and Scandal at Hollywood’s Chateau Marmont. It talks about all these aspects of the hotel.

The illest thing to have happened at the hotel was the death of actor and comedian John Belushi. He was 33 when he died due to a speedball injection after he had been on five days of cocaine and heroin.

But the hotel is slowly but surely mending its way of managing things. It is reacting to the bad behavior of the celebrities who come to stay there. Cameras caught the late actor Heath Ledger having cocaine on the hotel’s front balcony in the year 2006. He later died of a drug overdose in 2008.

In 2007, pop singer Britney Spears displayed some poor table manners and this led to her ban from the hotel. Lindsay Lohan had not paid her $46,000 bill. This was in 2012 and the management rudely dismissed her from there.

In 2004, Benicio Del Toro and Scarlett Johansson had a tryst in the elevator of the hotel.

The recent image of the Chateau Marmont hotel

There have been some bad behaviors and problems from the celebrities at the hotel which have made headlines. But the management has changed the way it reacts to them now.

Hence despite the infamous tag linked to its name, it continues to be the place for big names in Hollywood. It hosts parties in Tinseltown. The latest was Jay-Z and Beyonce choosing to have a party at this venue after their Oscars. Jamie Foxx, Rihanna, and Leonardo DiCaprio attended the party.

The hotel was the location of the film Somewhere in 2010 in which Sofia Coppola had filmed scenes in room no. 59 of the hotel.

The music producers filmed the song Lana Del Ray’s Off to the Races here and James Ellroy’s noir classic The Big Nowhere also mentions this hotel.

The hotel owners opened this hotel to the public in the year 1929 and this year marks its 90th anniversary! There is still plenty of life left in this famously infamous hotel!