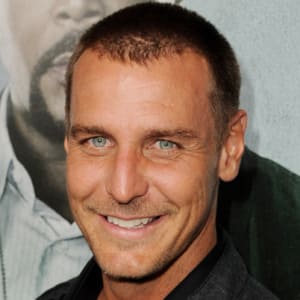 What is the relationship of Ingo Rademacher?

Ingo Rademacher has been married to his girlfriend Ehiku since October 3, 2009. Prior to their marriage, they had a son, Peanut Kai Rademacher on July 11, 2008.

Again on May 13, 2012, they welcomed another son, Pohaku Zen. Both of their sons are home-schooled. They announced that they lost their third child they were waiting for. The couple owns an activewear store, Mahiku in Hawaii.

Previously, he dated his ‘General Hospital’ co-star Rebecca Herbst in the late 1990s. But the duo parted away and the reason is still a mystery.

Who is Ingo Rademacher?

Ingo Rademacher is an Australian actor who is best known for his long-running leading role of Jax on ABC’s ‘General Hospital’.

He was born on April 22, 1971, on Iserlohn, West Germany. He is currently 47 years old. His father’s name is Arndt Rademacher and his mother’s name is Roswitha Rademacher. He has a sister named Anne. His family shifted to Australia when he was 10 years old.

Ingo grew up in a 400-acre cattle and Angora goat station and had a long affair with water sports. He competed in the Lifeguard’s King’s Race in Honolulu for 4 consecutive years and ranked 80th SUP racer in the world in 2014 and participated in every race when he gets chance.

Ingo was skiing champion at the age of 8 and he was a professional equestrian in jumping and dressage before he left West Germany. He is also a certified lifeguard in real life.

Ingo attended the University of Queensland(Brisbane) but dropped out after six months.

He began modeling after he dropped out of college. At the same time, he entered into the field of acting. He debuted from the character of surfer Sean Hayden in the Australian soap opera ‘Paradise Beach’. But the show was canceled and he made his way towards L.A. in 1994. His place of stay in L.A. was arranged by his co-star Jason Simmons.

Producer of the ‘General Hospital’, Wendy Riche, saw his audition tape for the soap opera ‘The City’ and offered him the role of Jasper ‘Jax’ Jacks. She took one year gap from the series and appeared on the short-lived opera ‘Titans’. Then, she reappeared on the series ‘General Hospital’ on August 23, 2012. He played the recurring role as Robert Coughlin on ‘Hawaii Five-O’ in 2016.

Ingo showed his comedic potential in the films like ‘Veronica’s Closet’, ‘According to Jim’, ‘Clueless’, etc.

He participated in the 16th season of Dancing with the Stars and made a partnership with the two-time champion Kym Johnson. Then, she joined the cast of ‘The Bold and the Beautiful’ and portrayed the role of Throne Forrester. But he decided not to renew his role and announced on February 14, 2019, that he was returning to ‘General Hospital’.

He was awarded Soap Opera Digest Award in the category Hottest Male Star in ‘General Hospital’ in 1997 and in 1998.

Ingo was nominated for OFTA Television Award in the category Best Supporting Actor in a Daytime Serial for ‘General Hospital’ in 2008 and 1998.

There is a rumor that he may exit the CBS soap as he is off contract and is now only recurring.

General Hospital: Twist of Fate starter Ingo is in the controversy after filing the case against ABC for forcing “medical treatment to its employees against their will.” He feels that one must have the right to make decisions regarding their body.

He has a height of 6 ft. 2 inches and has got blue eyes and blonde hair. Information regarding his weight, chest size, etc. is unknown.