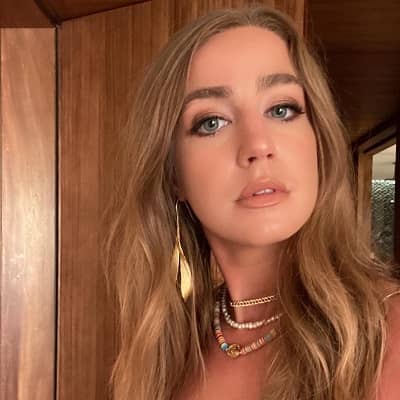 What is the relationship of Ingrid Andress?

At present, Ingrid Andress is single. Moreover, she is not dating anyone and has not married yet.

Till now, Andress has not been suspected of anyone on social media and in public.

She has just started her career. Therefore, she is focused on her career at the moment.

Who is Ingrid Andress?

Ingrid Andress is a well-named American singer and songwriter.

Andress came into the limelight after releasing her first single More Hearts Than Mine (2019) which made a debut at number 59 on the Billboard Country Airplay chart.

Likewise, her birthplace is Southfield, Michigan, the USA. However, Ingrid spends her childhood in Highlands Ranch, Colorado.

Likewise, she has four siblings, three sisters, and a brother as well. Talking about her nationality, she is an American citizen whereas her ethnicity is Caucasian.

The beautiful singer completed her graduation from Berklee College of Music in songwriting and performance.

She practiced playing musical instruments during her participation in high school choir competitions.

The star has written different songs ever since she began her career as a songwriter.

Andress began her musical journey at an early age. She founded a cappella group Pitch Slapped.

The union performed for the NBC singing competition The Sing-Off.

Her group performed in the singing competition and was placed in sixth position.

In 2019, Ingrid stepped into the music world officially with the single “More Hearts Than Mine”.

The song has entered the Billboard Hot Country Songs and Country Airplay charts.

Ingrid mentioned that travel has influenced her songwriting and she prefers going to different parts of the country to write songs.

She also specified Faith Hill and The Chicks as her musical motivations.

She extended to No. 1 on the Billboard Emerging Artist chart in April 2020 for her Lady Like.

Till now, Andress has written songs for many famous singers such as Charli XCX, Alicia Keys, and Sam Hunt.

The gorgeous singer has earned a decent income from her profession. She has just stepped into the music field and has some years of experience.

It is estimated that Ingrid Andress that a net worth of nearly $100 thousand.

Moreover, she has not mentioned her exact earnings, salary, and assets details till now.

The well-named star is closed-lipped. She has never been part of any controversies or rumors till now.

It seems that Ingrid feels awkward sharing her thoughts and things with the public and media.

Therefore, it is very hard to find her controversy and rumors on the internet.

The charismatic singer has a beautiful look and an awesome personality.

Andress stands at a height of 5 feet 6 inches. Also, she has a balanced weight of 54 kg.

Furthermore, Ingrid has blue eyes whereas her hair is dark brown.

Nevertheless, the star has not made her weight and other physical details public.

Andress has nearly 86k followers on her official Instagram @ingridandress.

Also, she is available on Facebook with nearly 29k followers.

Ingrid is active on Twitter as well with nearly 15k supporters.

What Did These 10 Female Celebrities Wear On The 2021 Grammys Red Carpet?