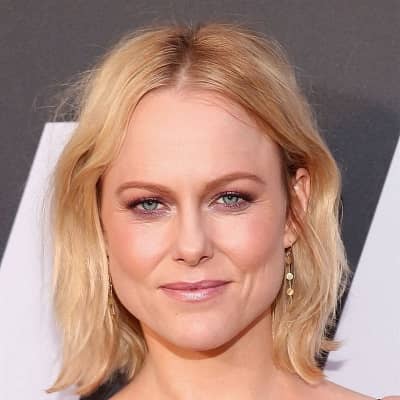 As per the sources, Berdal has not been dating any man which is good news for her male fan followers. In the past, she used to post a picture of a mysterious man on her Instagram who is thought to be her boyfriend. However, she is single currently. If she is in any relationship she has kept secret and not revealed anything about her love life. As for now, we might consider Berdal to be a single woman.

Who is Ingrid Bolsø Berdal?

Ingrid Bolsø Berdal is a Norwegian TV and movie actress and producer who has appeared in various films, tv series, and big stages.

Likewise, she is famous for ‘Armistice’ in the HBO series Westworld and ‘Jannicke’ in the Norwegian Slasher film, Cold Prey and Cold Prey 2.

She was raised up by her caring mother and a loving father. However, she has not opened about her parents yet. Likewise, she has also hidden the details about her siblings. Maybe, she has brothers as she has stated that she used to love reading comics with her brothers. She has posted her mother’s picture on social media sites several times. Berdal was interested in music and singing since her childhood.

She is of Norwegian nationality and her ethnicity is Nordic. Similarly, her birth sign is Pisces.

Talking about her education, she first joined Utøy School. She then joined Inderøy High School for her Studies from 1996-1999. After that, she attended NTNU: Norwegian University of Science and Technology from 1999-2001. For her further studies, she studied in an Olso National Academy of the Arts from 2001-2004.

Ingrid made her professional movie debut aged 25 years when she acted Carmen on the Short ‘Limbo’ in 2005. Altogether, she has 42 television appearance credits. Moreover, she has portrayed the role of Silja in the 2020 Tv series, ‘Stardust.’ Her role in the series got high recognition and was much appreciated by the audiences and critics. Some of her Tv series appearances are Witch Hunt, Kielergata, Westworld, Side om side, Dag, Hellfjord, Hjerte til hjerte, Going Postal, Thomas P., Kodenavn Hunter, and Eva og Adam.

Besides, TV series she has acted in the 2006 film ‘Pedersen: High-School Teacher’ in the role of the character Distriktrepresentant. Similarly, she also appeared in the Norwegian Slasher film, Cold Prey and Cold Prey 2 as ‘Jannicke.’ Moreover, she has also hosted The Amanda Awards in 2010 and 2012. Some of her other movie appearances are:

Moreover, she has also produced the short, Resolve.

Of all her acting, movies, and dedication, why not Ingrid has a net worth of around $1M. Likewise, Berdal is a dedicated and hardworking person who focuses on her professional career.

There are no rumors and controversies about her personal life or professional life. Likewise, Berdal is a dedicated and respected personality who tries to mark her place in the showbiz industry.

Ingrid stands at 5 feet 9 inches tall and weighs 62 kg. Similarly, she has a slim-shaped body with a measurement of 35-25-35 inches. Her Bra size is 36A. She has blonde hair and blue color eyes.