Skip to content
Married Biography
Married Biography / Entertainment / The inside story! Promoters plan to sue Farrah Abraham for millions of dollars after she refuses to fight Nicole Alexander in the boxing ring!

Posted by MarriedBiography Posted on November 4, 2018 | In Career , controversy , Legal
Share this 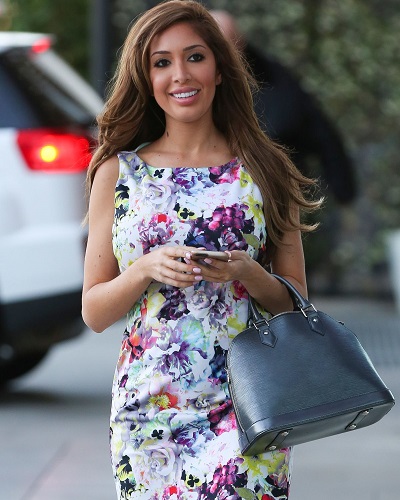 There was going to be a celebrity boxing match to raise awareness about anti-bullying. Farrah Abraham was to fight Nicole Alexander but she has called it off! The promoters are upset and plan to sue her for backing out at the last moment!

Farrah Abraham backs out of the boxing match

There was going to be a celebrity match on 10 November 2018 in Atlantic City in New Jersey, according to The Blast. It was meant to raise the awareness of the people on anti-bullying. All was set for the great day and this match was supposed to take place between former Teen Mom OG star Farrah Abraham, 27 and Nicole ‘Hoopz’ Alexander.

There was also a press tour during which things appeared to be moving in the right direction. But now it is learned that Farrah has decided to not go ahead with the match.

“I’m bummed about it. I’ve been working out. I’ve been overly ready, But if they want to change the seats, get the travel and get the things they agreed to legally, then it would be great, and then I would still show up.”

Sources close to Farrah has also revealed that the star was not paid what she was promised. She has not got the 6 first class plane tickets and the private security team. Farrah’s manager David Weintraub told The Blast:

“Farrah has no choice but to not be involved in this debacle, The promoter has been been in breach of the contract, he has not delivered on anything that was promised in the contract.”

“Mostly, it was based on misinformation about his financial situation. We wish him the best with the low-end, mockery of an exhibition fight. He also never secured a proper pay-per -view deal which was in the contract, or sold enough tickets.”

Farrah had already started practicing for the show and had been posting videos of her training on her social media. She had told People:

“I’m going to take her out worse than McGregor got taken out.”

The promoters of the match have threatened to take Farrah to court if she does not show up for the match. They say that she will have to pay them millions of dollars for breach of contract. They said that the first class tickets for Farrah and her daughter Sophia, 9 have been purchased and she has already received half of the money promised for the match.

The organizers also state that never complained anything during the press tour and has now come up with new demands after the press conference they had.