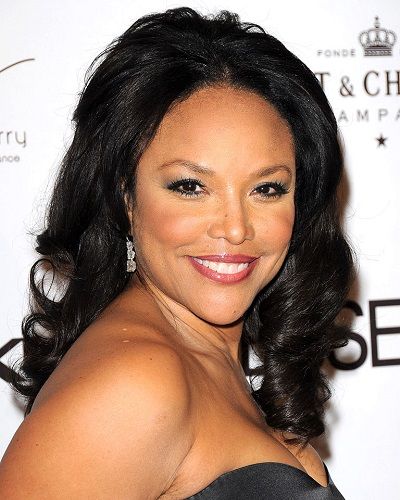 “You never did feel like you were just rendering a character that somebody else had thought out and you just had to do your job and fulfill your commitment,”

Lynn Whitfield was born on 6th May 1953 in Baton Rouge, Louisiana, USA. At present, she is 69 years old. She is the daughter of Valerian Smith and Jean. Her mother was an officer of a finance agency and her father is a Creole, a dentist.

Whitfield is the eldest child of her parents. She has two sisters Shawne Langston and Kimberlegh Butler-Smith. Likewise, she has a brother Valerian Butler-Smith.

Her father was instrumental in developing Lynn’s initial interest in acting as he was a prime figure in forming community theater in her native Baton Rouge.

Whitfield graduated with BFA from Howard University. She was an honorary member of Alpha Kappa Alpha sorority.

Lynn Whitfield has been married twice. Her first marriage was to a Vantile Whitfield who was 23 years older than her. She was just 21 at the time. They walked down the aisle in the year 1974.

But their marriage did not last long. They divorced after 4 years in 1978. During their 4 years of married life, they did not have any children.

After that, she walked the aisle in the year 1990 with British director Brian Gibson. They became parents to a daughter Grace.

Their marriage also did not last long. They divorced after two years in 1992.

Brian had worked for films like Horizon, The Billion Dollar Bubble, Where Adam Stood, Gossip from the Forest, Blue Remembered Hills, Breaking Glass, The Juror, and many others.

Brian expired on 4th January 2004 due to bone cancer in London at the age of 54. Talking about her divorce, Lynn said,

“When I went through a terrible divorce is when I really discovered my relationship, you know, a spiritual relationship with God,”

“There’ve been times in my life where I knew that I couldn’t make it without God. People need to question, is this leadership doing the right thing? Is it leading me to Christ or is it leading them to dollars?”

“Man will disappoint. But [with] God, even if you think it’s a disappointment, behind that is some kind of silver lining.”

How much is the net worth of Lynn Whitfield?

Lynn Whitfield has an estimated net worth of $3 million. She has appeared in films like Doctor Detroit, The Slugger’s Wife, Silverado, In the Army Now, The Planet of Junior Brown, The Women, All Things Fall Apart, Act Like You Love Me, Blood Lines, 30 Days in Atlanta, Lap Dance, Prayer Never Fails, Solace, Nappily Ever After and many others.

Her television roles include in The Resident, Greenleaf, Mistresses, Chasing Life, How to Get Away with Murder, My Other Mother, Hit the Floor, The Dempsey Sisters, FlashForward, Shark, The Cheetah Girls 2, Strong Medicine, Without a Trace, Boston Public, Deep in My Heart and others.

Lynn Whitfield is an American actress and producer. Before being a producer, she acted in Television and Theater. “The Josephine Baker Story: in the year 1991 role played by Lynn made her popular among the people.

This actress has also produced many films and her most interesting film is a dark romantic comedy movie A Thin Line Between Love and Hate. Read more bio…