Updated On January 26, 2023 | Published By: shahid | In Interesting Facts , Lifestyle , Shop
Share this 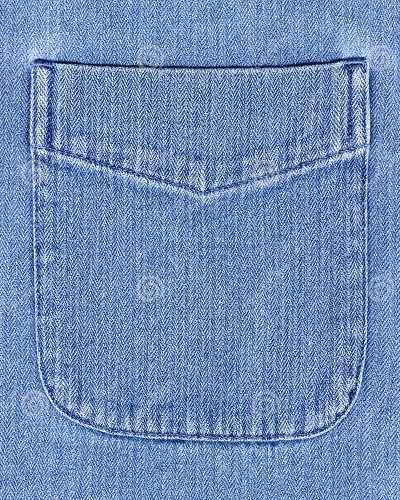 It became a craze and is one that has not died down yet and may never will! But what is the history of jeans and denim?

There are several interesting facts related to this popular and universal attire! Let us find out!

The invention of Jeans

Jeans and Denim are a major part of any person’s wardrobe. Hundreds of fashion companies sell the material and jeans. Denim was first invented in Genoa in Italy.

Studies have revealed that it was way back in the 1500s that the invention took place. The material was made for the Italian Navy to wear while on duty.

Though the Italians first made it, the material itself came from the city of Nimes in France. The name came from De Nimes which means ‘from Nimes’. The word Jeans came from Genes which is the French word for Genoa.

Though denim has been around for many years, in the 1960s it became a sign of rebellion. More and more young people began wearing it. It was so much related to the rebellion that people in some establishments refused admission to people wearing jeans since it was considered a form of protest.

The material was inexpensive and hence clothes for miners were made from it in the 19th century. From one bale of cotton, as many as 225 pairs of jeans can be made.

The blue color of the jeans is due to the indigo dye used to give it the color. This was supposed to hide the dirt and was useful for sailors and miners. The inside of the material is not dyed and hence is lighter in shade or white.

Skinny jeans are the in-fashion now. The material for it is made by mixing denim with elastane which gives it stretch.

Levi Strauss founded a company it now sells Levi jeans. But the owner never wore jeans anytime since he believed that jeans were the dress of the poor people and he was a wealthy businessman.

The sewing of a label on the back pocket of jeans started in 1936. At that time, a red flag was sewn on the jeans.

Denim and jeans are worn mostly in the West but the items are manufactured in sweatshops and factories which are in third-world countries.

It was on 20th May that Levi Strauss patented the concept of a jean.  Hence this day is the birthday of blue jeans.

The term ‘blue jeans’ has been part of songs such as Blue Jeans in 2012 by Lana Del Rey and Forever in Blue Jeans released by Neil Diamond in 1979.

The fashion of the 21st century is ripped or distressed jeans. They are more costly and hence some of the wearers rip the jeans themselves after watching the DIY tutorials on YouTube. Jeans with a ‘wore in’ appearance are also in fashion. They are made by beating the jeans with a rock.

At first, the Indigo dye used was the natural one but now artificial ones are preferred.

The small pocket within the larger pocket in the jean is for the pocket watch (no more used but the design has remained).

Copper rivets were first used in jean-making. These were then replaced by orange thread stitching.

Source: Alex and Alexa, the mag for women