Posted by MarriedBiography Posted on August 26, 2019 | In Child , controversy , Married
Share this 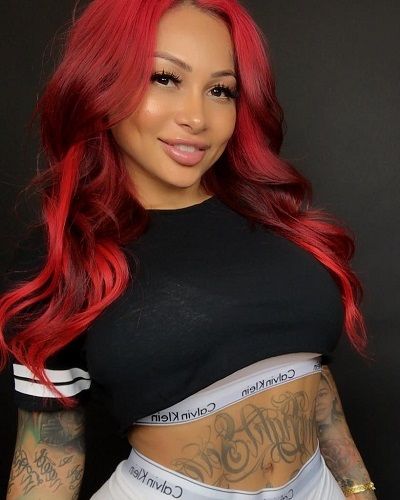 Brittanya Razavi grew up being the daughter of a criminal. People used to call her daughter of criminal which impacted on her brain negatively. Back in the year 2008, she was the part of controversy due to her hot-headed nature.

At that time, she was accused of assaulting a woman with a “pimp chalice”. The women whom she attacked got multiple stitches. After that, Brittanya was pleaded guilty and the court ordered her six months of jail.

At that time, she was dating Nico Vaquez who used to visit her during her jail time. Similarly, he stood by her side all the time. She was never part of any such criminal activity after that. As time passed she learned to control her anger. At present, she is living with her husband and kids. There is no news of her involving on any criminal activities.

Damn Daniel, That’s the video that made Daniel Lara and Joshua Holz an internet sensation overnight!

Who is Brittanya Razavi married to?

The beautiful open Brittanya Razavi is a married woman. She is married to Iranian native Lucky Moe Razavi. There is no much information available about their marriage. Their wedding seemed like it was a private ceremony in the presence of close friends and family.

Similarly, her husband is an entrepreneur and CEO at the Digital Media and Entertainment Group. She changed her surname after marriage. They have two children together. Their first child was a son named Cash King who was born on 16th March 2011.

Likewise, their second child was also a son named Legend King born on 24th October 2012. In the year 2015, there were break up rumors of her and her husband which turned out to be fake in later years.

How many followers does Brittanya Razavi have on social media?

The American Internet sensation Brittanya Razavi gained a huge amount of attention on social media. She is successful in utilizing all the attention. Similarly, she has appeared on much reality show including VH1 reality TV show Rock of Love and Charm School.

Brittanya has gained a huge number of Instagram followers. Being a social media star she has around 16.6 million followers. The number of her followers is huge. She might gain more followers in the future as well.

Brittanya Razavi is an American Internet sensation social media star, and an actress. Likewise, she is popular by the names Brittanya O-Campo (which is her birth name). She is also a businesswoman who has developed her own line of clothing named 187 Avenue. Likewise, she has been a well-known figure in social media especially Instagram. See more…