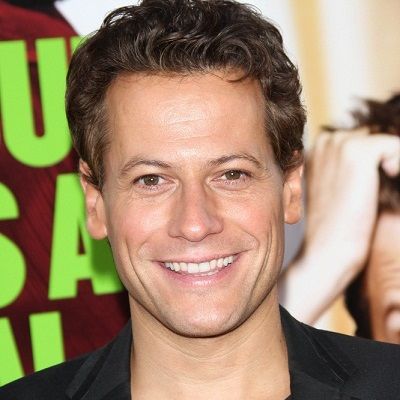 As an actor, you have to admit you are a show-off. But with so many magazines like Heat, it's diminishing the mystery of going to see somebody on the big screen. The less you know about somebody the better

I wouldn't want to say that one thing is better than the other. As an actor, you have to love every character you've played. I'm proud of what I've done here

As long as you understand that you find happiness through family, friends and love, then money is just a nice bonus.

Ioan Gruffudd was married to an actress Alice Evans. They met each other at the set of 102 Dalmations in 2000.

The wedding took place in Los Cabos, Mexico on 14 Sep 2007. This ceremony was attended by family and friends of the bride and groom.

Ioan was seen wearing a midnight blue Armani suit while Alice was in a white strapless tiered organza gown.

At present, Ioan and Alice live in Los Angeles, California with their two daughters. Their first daughter Ella Betsi Janet was born on 6 Sep 2009 and the second daughter Elsie Marigold was born on 13 Sep 2013. Evans announced the couple’s separation in January 2021. On 1 March 2021, Gruffudd filed for divorce.

Who is Ioan Gruffudd?

Ioan Gruffudd is a Welsh film and TV actor. He got popular after appearing in the movie Titanic and Fantastic 4.

Ioan Gruffudd was born on Oct 6, 1973, in Llwydcoed, Aberdare, Wales. His father Peter and mother Gillian were educators.

Ioan was raised with his two siblings, a sister Siwan and a brother Alun. His ethnicity is Welsh.

He then attended the Royal Academy of Dramatic Art in London, England in 1992 and graduated in 1995.

The estimated net worth of Ioan is $1 million US. He was part of the movie Titanic (1997) which had a box office collection of $2.187 billion US.

His 2019 movie The Professor and the Madman has a gross collection of $5.4 million.

Ioan has a deep smooth voice which makes him different from other actors. He has light hair and a brown pair of eyes.

He started using Facebook in the year 2009 and has around 5.7k followers.