Renowned for TV programs Wild Wales for S4C and Iolo's Snowdonia 2018 for BBC. He is married and a father of two kids.

Iolo Williams is married to Ceri. Currently, the couple resides in the town of Newtown, Powys with the two sons, Dewi and Tomos with two rescue dogs, Ianto and Gwen.

They are an animal and environment lover who loves to grow their own vegetables.

Iolo’s children are also following the footsteps of their ecologist father. 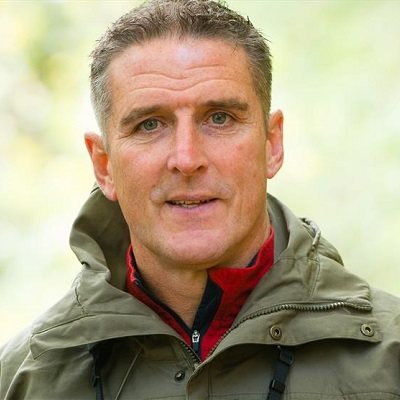 Who is Iolo Williams?

Iolo Williams is a Wildlife Presenter and Natural Observer. Williams is renowned for TV programs Wild Wales for S4C and Iolo’s Snowdonia 2018 for BBC.

Last, in 2019, he appeared in the TV program, Winterwatch as a presenter for BBC.

Also, he is an author by profession.

Iolo Williams was born Iolo Tudur Williams on the 22nd of August 1962 in Builth Wells, Breconshire, Wales. His father is a school headteacher.

When he was five years, his family moved to Montgomeryshire. Later, they moved to Pembrokeshire.

He attended Llanfyllin High School at Mid Wales. During his high school, he earned two A-Levels in Biology and French.

Later, in 1984, he graduated from the University of East London with Honors in Ecology.

Leaving RSPB, he expanded his career as a wildlife presenter. As the presenter, he has joined the networks like BBC and S4C.

With the channel S4C, he has presented the TV programs like Natur Gudd Cymru, Bro, Iolo yn Rwsia, and Natur Anghyfreithlon.

He is also quite into the writing. Till the date, he has published five books which are related to wildlife and nature. His experience in the field is expressed in each of his books and has a lot to offer for the reader.

Wild about the Wild, Wild Places: Wales’ Top 40 Nature Sites, and Blwyddyn Iolo Williams are some of his books that are available in the amazon.

The wildlife presenter is quite active in charity work. He is the president of the social organization. WELSH ORNITHOLOGICAL SOCIETY.

Besides that, he is associated with the organization like SEA TRUST, GOWER BIRD HOSPITAL, THE OWLS TRUST, and AMPHIBIAN AND REPTILE CONSERVATION as a financer.

His former job as a regional co-ordinator pays him the salary in the range of $37k – $76k.