Irina Shayk is a model and in 2011 she was one of the100 Sexiest Women in the World. 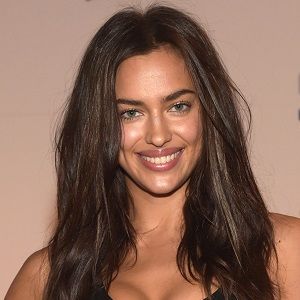 What I've never understood is why some women use plastic surgery to make themselves more attractive to men. The most beautiful woman is someone who's happy and is always smiling.

I love high heels from the age of 10! Short skirts and then high heels. My classmates used to make fun of me. Like, 'Ooh, she's so skinny and she's wearing high heels.' But I just wore what I like, and I didn't care about people's opinions, the same as I don't care now.

Irina Shayk is an unmarried model till now.

Currently, she is dating an American art curator Vito Schnabel. According to the sources they are having an affair since April 2020.

In 2009, she was in a relationship with American musician Rob Bourdon.

After that, she was in a five-year relationship with Portuguese footballer Cristiano Ronaldo. Irina and Ronaldo began dating each other in 2010 and they broke up in 2015.

Also read Lionel Messi Vs. Cristiano Ronaldo! Who is your favorite football player?

Irina’s life without B

Since early 2015, Shayk has been in a relationship with actor Bradley Cooper. In November 2015, Cooper moved into her apartment in New York’s West Village. The couple has a daughter named Lea de Seine Shayk Cooper on 21 March 2017.

After dating for four years, Irina and Bradley decided to split in June 2019.

Who is Irina Shayk?

Irina Shayk is a famous Russian model. She received international recognition in 2007 when she became the exclusive contracted face of Intimissimi lingerie.

She is a Sports Illustrated cover model who has also appeared in international magazines like Annabelle and Paris Capital. Irina is the first Russian model to grace Swimsuit Issue’s cover in 2011.

Her birth name is Irina Valerevna Shaykhlislamova. Her parents are Volga Tatar Valery Shaykhlislamov and Olga. Irina’s father Volga was a coal miner and mother Olga was a kindergarten music teacher,

Shayk’s father died of complications of pneumonia when she was 14 years old. She has a sister named Tatiana Shaykhlislamova. Shayk started playing piano at age six. When she was nine, she enrolled in a music school and studied there for seven years.


After high school, Shayk studied marketing but failed it and entered a beauty school with her older sister. At that time, she was noticed by a person from a local modeling agency who was struck by her beauty. Her nationality is Russian and she is of Russian and Tatar ethnicity.

Irina Shayk began her career as a model at a young age. She participated in the “Miss Chelyabinsk 2004” beauty contest and won the competition. In 2007, she replaced Ana Beatriz Barros as the face of Intimissimi.

That same year, she debuted in the annual Sports Illustrated Swimsuit Issue. After being the image of Intimissimi for three years, Shayk was made the official ambassador for the brand in 2010. Her other modeling contracts include Beach Bunny Swimwear and Guess spring/summer 2009.

Her other work includes Victoria’s Secret catalog, Lacoste, Cesare Paciotti, and Morellato. She has also appeared in several magazines including Annabelle, Bolero, Woman, Twelve, Jalouse, and Paris Capital. She signed with modeling agency IMG in May 2009.

Irina modeled the Armani Exchange spring/summer 2010 campaign. She was the cover model for the 2011 Sports Illustrated Swimsuit Issue. Shayak is the first Russian model to grace Swimsuit Issue’s cover.

In 2014, she was listed on Maxim’s “Hot 100” list. She made her acting debut as Megara alongside Dwayne Johnson in the 2014 film Hercules. Shayk is helping a maternity hospital in her hometown of Yemanzhelinsk.

She and her sister helped rebuild the children’s ward of the local hospital, and now Shayk raises money on behalf of a Russian charity, Pomogi.

She has a net worth of 4 million dollars but her salary is unknown.

Rumors were that Irina was in an affair with 81-year-old Swiss football administrator, Sepp Blatter in 2009. She was also rumored to have hooked up with actor Dwayne Johnson in 2015.

She was criticized by most of her fans when she refused to attend Ronaldo’s mothers’ surprise birthday party in December 2014.

After her breakup with Ronaldo, she out with controversial comments on their relationship saying, “I love honest men and I love a man who is loyal to women.”

Her eyes are green and she has dark brown hair color.

Who is Bradley Cooper dating after his split from model Irina Shayk?