Updated On October 12, 2022 | Published By: shahid | In Career , Lifestyle , Relationship
Share this 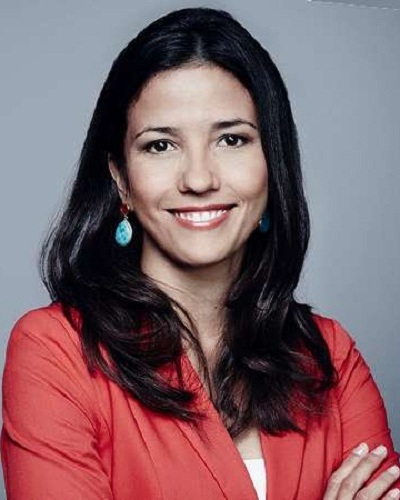 Isa Soares has a prolific career and a wonderful family. She is a Portugal-born CNN reporter who is currently based in West London.

Isa Soares and her career and net worth

Isa Soares is a highly accomplished international correspondent for CNN. She hails from Lisbon in Portugal but is now settled for work in the UK. She presents CNN Marketplace Europe and covers business news and stories of the European world.

Isa is well-versed in the subject and has also covered some great events in her career. She was at the venue of the 2011 Royal wedding of Prince William and Kate Middleton.

She also efficiently covered the World Cup series in 2014. This coverage was both for CNN International as well as for CNN Espanola for Brazil and Argentina.

She is a well-known face on CNN and has been working with them for more than 7 years. She earns a handsome amount of money through her work but her net worth remains undisclosed.

Isa Soares and her life before fame

Isa Soares was born in Lisbon in Portugal. She celebrates her birthday every January on the 6th but the year of her birth is not known. Isa has not revealed her age anytime.

The reporter Isa is highly qualified and holds a Bachelor’s degree in Hispanic and Lusophone studies from Kings College. She also has a Master’s Degree in International Relationship and Economics obtained from the University of Bristol.

Isa has Caucasian ethnicity and her nationality is Portuguese. She has learned and can communicate in English, French, Spanish, and Portuguese languages. This is her plus point.

There is no information about her parents and siblings or any other family members.

Isa Soares is a talented correspondent who prefers people to focus on her career. She is married but the details about her husband are still a secret. She does once in a while post pictures of him on her social media but provides no more information about him.

His name is Danny and the couple also have a son whose name is Tomasito. They go on outings and vacations together and were reported entry to Spain from where Isa uploaded pictures of them on her Instagram.

Click to learn more about About Journalists, News reporters, and Meteorologists. Whose net worth is amongst the highest?

She also has a Twitter account through which she updates her fans on the latest news. She has a wonderful body with a height of 5 feet and 6 inches and is in a wonderful phase of her if. We wish her the best for it!