Isaac Butterfield is a stand-up comedian and content creator. 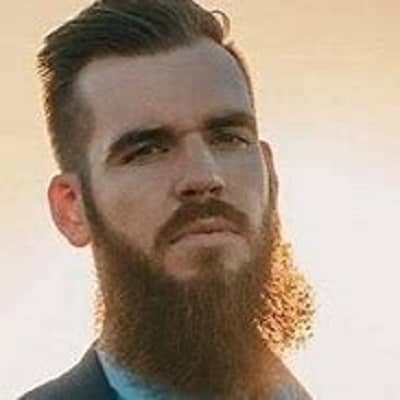 Moving towards the relationship status, he is possibly single.

He hasn’t shared anything related to his personal life.

Who is Isaac Butterfield?

Furthermore, He inherits Australian nationality and belongs to the Caucasian ethnicity.

Talking about his family, his father’s name is Tony Butterfield who is a former professional rugby league footballer. But, there is no information regarding his mother and sibling.

There is no information regarding his academic details.

Primarily, he began his career by joining YouTube on January 23rd, 2012. Then, he started to upload videos in June 2016. He posted his first YouTube video which was an interview of rugby player Sam Thaiday after a match. Likewise, his most popular video is ’10 reasons not to visit Australia.

Moreover, he is popular for having a grudge against vegans and cyclists, and against Healthy Emmy and Frelee the Banana Girl who called Butterfield out on his video. Further, his popular feuds with feminists include notorious Feminist Bay FM’s, Clementine Ford.

Besides that, he released the debut stand-up special “The Butterfield Effect”, which was released on 15th May 2019 through his own website and merchandise store. It was also released on Amazon Prime Video.

Additionally, he released the trailer of Why So Serious tour in June 2019 and he is mostly visiting Australia and New Zealand.

This YouTuber is earning a good amount of money through his youtube channel. Moreover, he earns money from promotions, sponsorships, and advertisements. He has an estimated net worth of around $5M.

He is the Hirsute Newcastle comedian and You Tuber, who has been surrounded by controversy in featuring his new stand-up special Anti-Hero, about the Christchurch massacre. He posts a joke where he stated that we don’t live in a totalitarian society where people are scared to demand their rights and live in fear of too powerful governments or corporations.

But in his joke about the victims of the Christchurch massacre, Butterfield is not going against some powerful forces.

Due to the controversy surrounding jokes made by Butterfield about the Holocaust. The exact difference between Australia and New Zealand was taken down by Facebook. He appeared as a guest on the New Zealand project. Inside that, the video he claimed that the video was not racist and that he would not apologize for the video.

Isaac is a handsome guy who has maintained a healthy and muscular body physique.

Similarly, he has a pair of brown eyes and lights brown hair. He also has a brown beard.