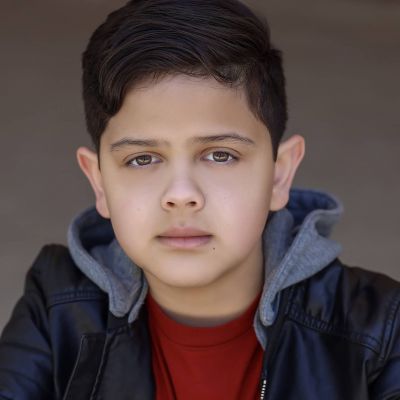 Is the Rising Actor Isaac Ordonez Dating Someone?

The 13-years-old actor, Isaac Ordonez is currently single as he is too young to be involved in any romantic relationship.

He is more inclined towards his work, career, and study at the moment.

Who is Isaac Ordonez?

Isaac Ordonez is an American-born actor who is currently working in Hollywood series and movies.

In 2022, he will be seen playing the role of Pugsley Addams, a character from The Addams Family, in the American horror series, Wednesday. It is set to release on Netflix on November 23, 2022.

Isaac Ordonez was born on April 15, 2009, in Los Angeles, California, United States. As of 2022, the young actor is 13 years old and belongs to an American nationality. Similarly, his ethnicity is Caucasian and according to the astrological chart, his birth sign is Aries.

Being able to earn global fame in a very short time, he is getting fame day by day. But he has not shared info on his personal life including, his parents, siblings, and early educational life.

Starting his career with commercials, he did many advertisements.

In 2018, he made his acting debut by appearing in a supporting role in the American science fantasy adventure film, A Wrinkle in Time as Charles Wallace Double. It was directed by Ava DuVernay while Jennifer Lee and Jeff Stockwell are the writers.

Then, he was featured in Dugan O’Neal’s directed music video, Chromeo: Must’ve Been. In the video, he has been cast as Young Dave alongside, Julien Brian, Ryan Cassata, and Chromeo.

Following that, he was featured in the role of Mario’s friend, in Anthony Nardolillo’s movie, 7th & Union. The other cast includes Edy Ganem, Erinn Westbrook, and  Angelo Pagán.

Talking about his 2022 project, he will be seen playing the role of Pugsley Addams, in the American horror series, Wednesday. It is set to release on Netflix on 23 November 2022.

Moreover, he has been signed for the role of Bryan in the short film, Husky, by Matt Sayles.

There is no precise info on Isaac’s net worth, salary, and income. However, as per the sources, his net worth is believed to be around, $300k USD.

As his career is active, it is obvious that he will be able to increase his wealth in the future.

The proficient British actor Isaac Ordonez has not been part of any serious rumors or controversies. He has a fresh career.

The young actor stands at a height of 4 feet 9 inches and weighs around 45 kg. Adding more, he has a fair complexion, along with a pair of hazel eyes and dark brown hair.

He has a cute and charismatic personality, which can easily have an impression on others.

He can be seen promoting his upcoming series, Wednesday, on his Instagram account as well. Also, he shares photos with his friends.