Updated On November 22, 2022 | Published By: Paristha Acharya
Share this
In Relation 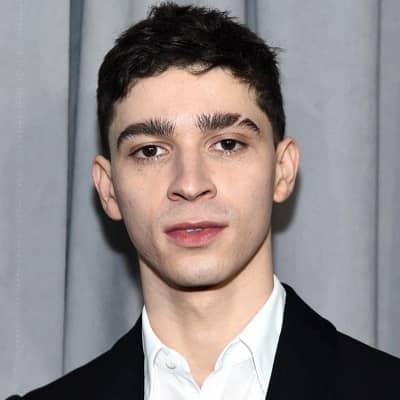 Modeling is a new thing ... I've been basically shooting all the gay publications, which is really, really great.

What is the relationship of Isaac Powell?

Isaac Powell came out as gay at the age of 16. He is engaged to a fellow actor Wesley Taylor in May 2019. This couple first met each other at North Carolina School of Arts and began dating in 2017.

He and his boyfriend are known as Broadway’s power couple.

Who is Isaac Powell?

Isaac Powell is an American Theatre actor, and model. He is best known as Daniel in the Broadway Once on This Island, and as Tony in the West Side Story.

This actor was born on 30 December 1994, in North Carolina, the United States with the birth name Isaac Cole Powell. His father‘s name is Will, and his mother’s name is Terry.

His father Will was three times ‘World Cross-fit Champion’. He has two elder siblings. He studied at Philip J. Weaver Academy.

Afterward, Isaac graduated with a Bachelor’s degree in acting from the University of North Carolina School of the Arts in May 2017. He belongs to All-American and Caucasian descent.

Isaac was interested in acting from his childhood days. Earlier, he began acting with the Community Theatre of Greensboro, while he was in middle school.

In 2007, he began professional acting playing Nikos in the musical Broadway Legally Blonde at Barn Dinner Theatre. After graduation, Powell made his appearance in the musicals ‘Mamma Mia!’, and ‘Newsies’.

He played the title role in an electronic pop musical Nikola Tesla Drops the Beat at the New York Adirondack Theatre Festival.

He starred as Daniel in the Broadway revival of Once on This Island in 2017. In 2019, this play was nominated for ‘Grammy Award for Best Musical Theatre Album.

The next year, Isaac competed on  I Only Have Lies for You, the live Broadway game show.

He signed for the New Pandemics modeling agency in 2018. Afterward, he modeled for NIHL’s fall 2019 lines Palomo Spain’s at New York Fashion Week.

This actor was also featured in the final issue of a lifestyle magazine Hello Mr. Later, in 2020, he played Tony Broadway revival of ‘West Side Story’ for which he is nominated for ‘Drama League Award’.

How much is the net worth of Isaac Powell?

The salary of this actor is under review. Meanwhile, according to some sources, Isaac has an estimated net worth of $3 million.

Isaac hasn’t been in any drastic scandal and rumor. Meanwhile, Powell has managed to keep himself out of any rumor and controversy. He is doing great in his career.

Isaac Powell is 6 feet tall and weighs 70 kg. His shoe size is 10 US. Similarly, he has brown eyes and black hair.

Keean Johnson
Tags : Actor Model Once on This Island