(Australian Actress,Dancer, Star of Dance Academy and Days of Our Lives) 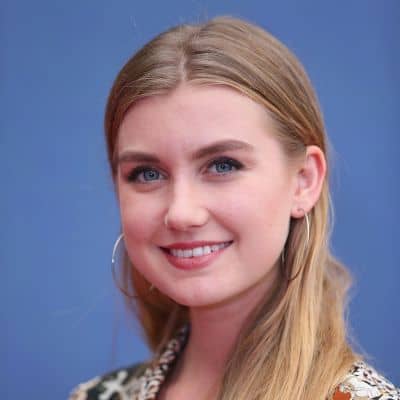 Is Isabel Durant Single or Dating?

As per the source, Isabel Durant is currently single and is not dating anyone. There is no information regarding her love relationships yet.

It seems like she wants to keep her private life very confidential.

Who is Isabel Durant?

Isabel Durant is an Australian actress and dancer.

She is also known as Issi Durant and is best known for her appearance as Grace Whitney in Dance Academy and as Ondina in Mako: Island of Secrets.

Isabel Durant was born in Sydney, New South Wales, Australia on 21 December 1991. Durant is 31 years old as of 2022 and she holds an Australian nationality.

Her ethnicity is Caucasian and as per the astrologers, Sagittarius is her birth zodiac sign.

Pauline Durant is her mother’s name. She has a sister named, Harriet Durant. She attended Loreto Kirribilli School. There is no further information concerning her father and siblings.

Isabel Durant started to dance at the age of 15. She got in the top 20 final list on the third season of So You Think You Can Dance Australia.

After getting eliminated from So You Think You Can Dance Australia, she auditioned for the teen drama series, Dance Academy and booked the role of troublemaker Grace Whitney for the second season of the show.

She went on to appear on the third season of the show too. She was cast in the American-Australian comedy-drama television drama series, Camp in 2013. The show aired on NBC.

Durant booked her role as mermaid Ondina, in the second and third season of the Australian tv program, Mako: Island of Secrets in 2014.

Likewise, she booked her role by replacing Claire Brady in the American tv drama series, Days of Our Lives in August 2020.

She signed the contract for further episodes too on September 10, 2020. Days of Our Lives is the longest-running scripted tv program in the show which aired on November 8, 1965.

Isabel Durant has an estimated net worth of around 4 million USD. However, Durant’s salary and income are not disclosed yet.

Isabel Durant is not involved in any rumors and controversies up to date as she has maintained a clean profile.

Isabel Durant has a slim body as she stands at the height of 5 feet 4 inches.

She weighs around 55 Kg and her body dimensions are 32 inches bust size, 25 inches waist size, and 35 inches hips size.

She has dark brown colored hair and a couple of blue eyes.

Isabel Durant is active on Instagram with more than 286 followers under the username, @isabeldurant while she is active on Twitter having 28.3K followers.

There is an official Facebook page under her name, Isabel Durant which is enriched with over 2.4K followers.