Isabel Preysler is a Filipina-Spanish former model, journalist, socialite and television host. She is a mother of five.

Isabel Preysler one of her very first interviews, met Julio Iglesias, a retired footballer who was embarking on a career as a singer.

The couple started dating, and got married in January 1971, and remained married for the next seven years and Isabel gave birth to three children namely, Chabeli Iglesias, Julio Iglesias, and Enrique Iglesias.

The marriage didn’t last long and the couple divorced a few years later, the custody of the children went to Isabel. But in the early 1980s, she received constant threats of kidnappings so she sent her children to their father living in the United States.

Then, she married Carlos Falco in 1980, but the marriage didn’t last long so they decided to separate in 1985.  She gave birth to a daughter, Tamara Falco.

Moreover, after her second marriage fell apart and ended in a divorce, Isabel started dating the then Spanish finance minister Miguel Boyer and got married to him in the late 80s. The marriage ended with the death of Miguel. 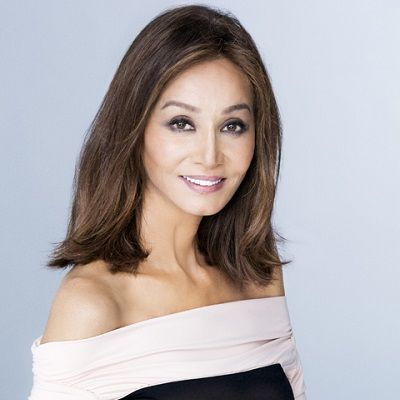 Who is Isabel Preysler?

Later, she became a TV host and started hosting a popular show called ‘Hoy En Casa’. She rose to fame through her strong journalistic ethics and her approach to charitable deeds.

Isabel Preysler was born in Manila, the Philippines on February 18, 1951. Her birth name is María Isabel Preysler Arrastía and she is currently 70 years old.

Her father’s name is Carlos Preysler Perez De Tagle who worked as an executive director for Philippines Airlines, while her mother Beatriz Arrastía Reinares owned a real estate company in Manila. Isabel’s childhood was quite comfortable and she was never devoid of any means of luxury.

From a very young age itself, Isabel started idolizing models, especially the western ones and start working towards pursuing a career in modeling, and started with beauty pageants while she was a teenager. She is related to actress Neile Adams and that helped her in early stages of her career.

Talking about her profession, Isabel started her modeling career early and participated in several beauty pageants in Manila. Most of the events would take place in the Sheraton Hotel and Resorts and she would end up winning most of them.

Spanish news Magazine ‘Hola’ was her first employer where she started her journalism career in 1970. Working there for several years, Isabel gathered enough experience to move on to the next step – the television journalism. She was to attend the Chelsea Flower Show held during the opening ceremony of the Spanish Garden in England.

She became friends with Victoria Beckham and David Beckham when she invited them over to a house party, and they were later seen holidaying together in Spain.

However, despite the media attention, she continued her work as a spokes-model for companies such as Ferrero Rocher, Chrysler Cars and Suarez Jewellery among others.

During 2006, she appeared in an ad campaign with Hollywood actor George Clooney for Porcelanosa Tiles. Several magazines photographed her, and in the years 1991, 2002, 2006 and 2007, she was named the best dressed and the most elegant Spanish woman by the Hola Magazine, her ex-employer.

She shared the same stage with Hillary Clinton, Shakira and Yoko Ono at the Women Together Award in 2006, for her philanthropic contributions to the world. She became the very first person from the Philippines to have received the honor.

She has an estimated net worth of around $30 million (as per 2022 data) and she has earned that sum of money from her professional career.

Isabel has a height of 5 feet 7 inches. Additionally, she weighs is 54 Kg. In addition, she has a measurement of 33-24-35 inches and her bra size is 38D. Isabel’s hair color is black and her eye color is dark brown.

Also, read the affair, salary, the net worth, controversy, and the bio of Lori Harvey, Jacqueline Alemany, Monica Malpass