Isabella Giannulli is an American celebrity and the daughter of Mossimo Giannulli, father and Lori Loughlin, mother. Currently, Isabella is not having affair with anybody. 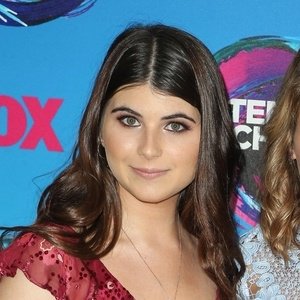 Once she uploaded a picture with a male friend named Andrew Beyer but she has revealed that he is only a friend.

Previously, she dated Nick Penske in summer 2018 during her high school. Sadly, her boyfriend, Nick broke up with her after the amid admission scandal.

Who is Isabella Giannulli?

Isabella Giannulli is an American actress who is best known for her appearances in ‘Alone Together’ in 2018, ‘Every Christmas Has a Story’ in 2016 and ‘Homegrown Christmas’ in 2018.

She was born on September 16, 1998, in Los Angeles, California, USA. Her birth name is Isabella Rose Giannulli and she is currently 20 years old. Her father’s name is Mossimo Giannulli (fashion designer) and her mother’s name is Lori Loughlin (American actress). She has a younger sister named Olivia Jade Giannulli and a half brother named Gianni Giannulli.

She attended Marymount All girls Catholic High School and graduated from there. After that, she attended The University of Southern California but dropped out in mid-March.

Isabella is also recognized for her parent’s accomplishments but she did get the spotlight once in a while. She made her remarkable performances in movies such as ‘Every Christmas Has a Story’ (2016),  ‘Alone Together’ (2018), ‘Homegrown Christmas’ (2018).

In addition, she was featured in the April 2016 issue of Teen Vogue along with her sister and also revealed they dream to open a beauty and skincare company one day.

It seems Isabella has not been awarded and nominated for her work till date.

She has an estimated net worth of around $500k and she has earned that sum of money from her professional career. However, her sister’s and mother’s net worth are $400 thousand and $8 million respectively.

Her entire family was caught in the controversy surrounding the US College entrance scandal, dubbed Operation Varsity Blues, and her parents released on $1.4 million bails each. They were accused of paying $500,000 in bribes to get their two daughters into the University of Southern California as recruits to the University’s crew team.

Isabella was criticized when she hung out with her friends at a Rosewood Miramar Hotel in Santa Barbara, Calif. while her parents, Lori Loughlin and Mossimo Giannulli were behind bars.