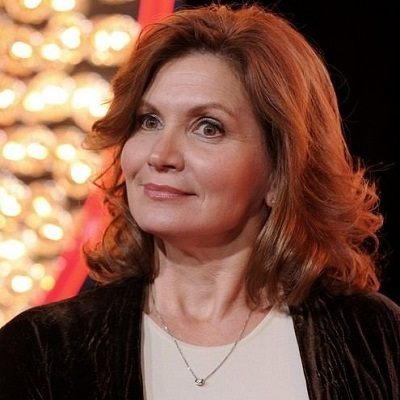 Previously, she was in a relationship with the actor and director, Daniel Baldwin. They happen to the co-stars from the series, Homicide: Life on the Street.

They started dating back in 1994. Later, they were in a relationship for over a decade. However, they broke their relationship in 2005. From the relationship, she has a son, Atticus (born: on the 13th of July 1996).

Before that, she was married to actor, Steven Memel. They were married in 1988. In 1994, they got separated from each other via divorce.

Who is Isabella Hofmann?

American Isabella Hofmann is a Bronze Wrangler-winning actress and voice artist. She is renowned as Clarrissa Stein of the movie, Legends of Tomorrow.

Her next movie, Church People is completed and waiting to be released. In the movie, she is portraying the character of Sue.

Also, her short movie, How’Bout a Cuppa Tea is being post-produced too. Also, she has made an announcement about the upcoming movie, Lumped In.

Isabella Hofmann was born on the 11th of December 1958 in Chicago, Illinois. She is of Jewish-Germanic ethnicity.

Talking about her educational background, she completed her High School education at the East Troy High School.

She attended the University of Wisconsin-Whitewater. Prior to that, she also joined Columbia College Chicago.

Professionally, Isabella Hofmann started her career with the comedy troupe, The Second City. At the time, she also worked in the theater too. That includes the play, Teibele and Her Demon at the Northlight Theatre in Chicago.

In 1986, she made her TV debut with the series, Jake and Mike as Dede Taffet. Following the series, she appeared in the series, Head of the Class and TV movie, Independence. The following year, she debuted in movies with the movie, Real Men. In the comedy-action, she portrayed the character of Barbara Wilson.

Moving forwards, she featured the TV series including L.A. Law, Night Court, and The Boys in minor roles.

In 1994, she appeared in the sitcom, Homicide: Life on the street as Megan Russert. The character became the starting milestone in her acting career. For the series, she was also nominated for Q Award by Viewers for Quality Television Awards. Also, he appeared in the movie based on the series too.

After that, she made significant appearances in series like The Practice, Dirty Sexy Money, and Crazy Ex-Girlfriend. However, her character in the series was limited to an episode only.

Apart from the series, she featured the movie like Princess Diaries 2, Dreamer, and Suger Daddies. Besides that, she has also contributed her voice in the video games; Dishonored 2 and Dishonored: Death of the Outsider as Lower Class Citizen.

Also, she had appeared in the commercials for the health care company, Kaiser Permanente, and Lyrica pharmaceutical.

Besides that, TV commercials are a strong source of income too.

As of now, she has managed to maintain her dignity as an actress. Till the date, she has been through any sorts of controversy and rumors that created a buzz in the media.

Also, she has managed to stay far from any type of rumors too.

Isabella Hofmann has brown eyes with brunette hair. She stands at a height of 5 feet 7 inches and weighs around 62 kg.

You may also read the bio of Max Walker, Callan Potter, and Wes Brown.