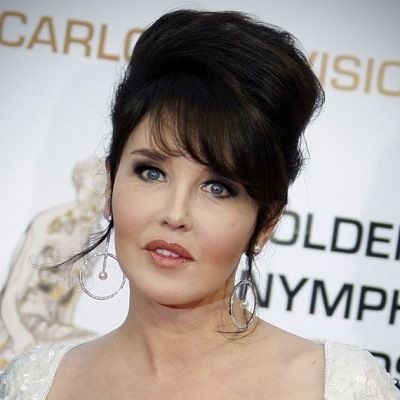 For me, there is no difference, for in both cases I remain myself. But as American budgets are more important, everything is in proportion and much more hierarchical, with a star system that, basically, exists only there, and that brings along constraints and a discipline unknown on European sets. In Europe, there are, even for a star, limits that can't be exceeded, or one risks being rejected by the crew. In America, the crew is really a proletariat in service of the star system, a system that functions like a true dictatorship and that no one, by the way, seems to challenge. No one says no, no one says stop. It's very strange.

"Possession" is only the type of film you can do when you are young. He is a director that makes you sink into his world of darkness and his demons. It is okay when you are young, because you are excited to go there. His movies are very special, but they totally focus on women, as if they are lilies. It was quite an amazing film to do, but I got bruised, inside out. It was exciting to do. It was no bones broken, but it was like, "How or why did I do that?" I don't think any other actress ever did two films with him.

The Method is Judeo-Christian: if you go through pain, you can't miss. Rubbish. I'm more interested in the box itself than what's in it. How vs. why.

Isabelle Adjani had a son, Barnabé Saïd-Nuytten, with the cinematographer Bruno Nuytten, whom she later hired to direct her project Camille Claudel, a biopic of the sculptor who was best known as the lover of Rodin. Then, she had a relationship with Daniel Day-Lewis from  1989 to 1995, who left before the birth of their son, Gabriel-Kane Day-Lewis, in 1995. Adjani was later engaged to the composer Jean-Michel Jarre; they broke up in 2004

Who is Isabelle Adjani?

She was born in Paris, France on June 27, 1955. Her birth name is Isabelle Yasmina Adjani, and she is currently 64 years old. Her birth sign is Cancer. She was born to parents; Mohammed Cherif Adjani (father) and Augusta Adjani (mother). She has a brother namely, Eric Adjani who was a photographer. He died on 25 December 2010, aged 53. Isabelle holds  French citizenship and mixed (Algerian Kabyle- German) ethnicity.

She roles in several films, she enjoyed modest success in the 1974 film La Gifle (The Slap), which François Truffaut saw. He immediately cast her in her first major role in his The Story of Adèle H. (1975) which he had finished writing five years prior.

After that, she quickly received offers for roles in Hollywood films, such as Walter Hill’s 1978 crime thriller The Driver. Also, she had previously turned down the chance to star in films like The Other Side of Midnight. She had described Hollywood as a “city of fiction” and said, “I’m not an American. I didn’t grow up with that will to win an award.” Truffaut, on the other hand, said, “France is too small for her. I think Isabelle is made for American cinema.” She agreed to make The Driver because she was an admirer of Hill’s first film Hard Times.

She played Lucy in the German director Werner Herzog’s 1979 remake of Nosferatu which was well-received critically and performed well at box offices in Europe. Roger Ebert loved the film, calling Herzog’s casting of Adjani one of his “masterstrokes” in the film. He wrote that she “is used here not only for her facial perfection but for her curious quality of seeming to exist on an ethereal plane.” The cast and the crew filmed both English- and German-language versions simultaneously upon request of 20th Century Fox, the American distributor, as Kinski and Ganz could act more confidently in their native language.

Additionally, Adjani released the French pop album Pull marine, written and produced by Serge Gainsbourg. She starred in a music video for the hit title song, “Pull Marine”, which was directed by Luc Besson. In the year 1988, she co-produced and starred in a biopic of the sculptor Camille Claudel. Eventually, she received her fourth César for the 1994 film Queen Margot, an ensemble epic directed by Patrice Chéreau.

Moreover, she received her fifth César for Skirt Day (2009), the most that any actress has received. The film features her as a middle school teacher in a troubled French suburb who takes her class hostage when she accidentally fires off a gun she found on one of her students.

She won Film – International for L’histoire d’Adèle H. (1975) at Bambi Awards, she won Best Actress for Camille Claudel (1988) at Silver Berlin Bear. Likewise, she won Adolphe (2002), Quartet (1981), Possession (1981) for Best Actress. Similarly, she won Best Actress for Possession (1981) at International Fantasy Film Award in 1983. She has an estimated net worth of around $40 million and she has earned that sum of money from her professional career. Isabelle has earned salaries up to $150,000 for her acting.

She has a height of 5 feet 4 inches and she weighs is 57Kg. Additionally, she has a measurement of 34-26-32 inches and her bra size is 34C. Isabelle’s hair color is black and her eyes color is blue.