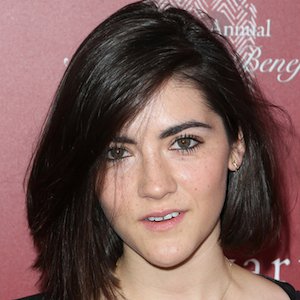 I think it's a good idea to take samples and live with them a little. So far I'm liking Creed's Spring Flower. I think I'm going to make it my regular scent

I'm obsessed with Greek mythology. My favorite goddess is Artemis. She's strong and reminds me of Katniss, the heroine of 'The Hunger Games.'

Reflecting on a personal Isabelle Fuhrman, she is possibly single. Although her career took on a successful path her love life couldn’t do so. Previously, she was in a relationship with Colin Ford in the year 2012 but her relationship couldn’t last for long.

Then she was in a relationship with Joel Courtney in 2014. There isn’t information about him being in other romantic relationship that we know of. There isn’t any solid proof which leads towards her married life and children. With her perfect body, she is a heartthrob for many youngsters. Being a celebrity, her fans are always curious to know more about her.

Who is Isabelle Fuhrman?

Young and beautiful Isabelle Fuhrman is an American actress who has started her career since 2004. She is best known for her appearance in the films like Orphan, The Hunger Games, and Dear Eleanor.

The daughter of Elina Fuhrman and Nick Fuhrman, Isabelle Fuhrman was born in Washington, D.C and raised in Atlanta, Georgia. She was born on 25 February 1997 and grew up with her sister Madeline Fuhrman.

Her mother s a journalist and her father is a former political candidate and business consultant. She is of Russian Jewish ethnicity and has an American nationality.

She studied at Buckley School and graduated from  Stanford University. She also studied at RADA and briefly attended The Westminster Schools in Atlanta, Georgia. She stands 1.6 m and has a dark hair.

Talking about career journey of Isabell Fuhrman, she started her acting career by joining the cast of cartoon Friday. She got the role when the casting director from Cartoon Network spotted her waiting for her older sister. In 2006, she appeared with a short role in a television series Justice portraying the character of Grace O’Neail.

In 2007, she made her big-screen debut in drama Hounddog portraying the character of Grasshopper. Her career has started to blossom in the entertainment field. She appeared in the television movie Children of the Corn in 2009 and Pleading the Guilty in 2010. Her career took on a successful path when she was landed with the role of Clove in the movie The Hunger Games in 2012.

In the year 2016, Fuhrman appeared in several movies including Dear Eleanor as Max the Wax, Cell as Alice Maxwell, and One Night as Bea. She has also appeared in numerous video games including Disney Princess: Enchanted Journey, Hitman: Absolution, Let It Die, and Sid Meier’s Civilization VI.

Her success in career path has paid her well financially. Although its hard to put up an actual annual salary in the figure, her net worth is estimated to be $500 thousand. There is no doubt that he is living a luxurious lifestyle.

She was criticized when she came out laughing while she was rescued from the stuck elevator.

Colin Ford who had dated beautiful actresses was in a relation with Alex. But they also broke up and he is dating mysterious girl