Isaiah Stannard is an actor famous for the appearance of NBC's series, Good Girls. 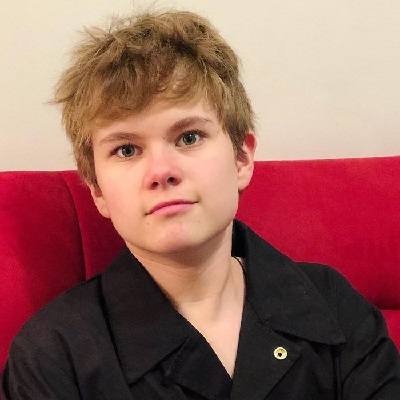 There is a possibility that he has some teenage flings. However, he has not shared any details on it.

Who is Isaiah Stannard?

American Isaiah Stannard is an actor. He is renowned as Ben Marks of the TV series, Good Girls.

Next, he will make his appearance in the short movie, 5 Teenagers Walk Into a Bar. In the short, he will be portraying the character of Sam. Currently, the short is in post-production.

Isaiah Stannard was born on 1st October 2004 in New York. He is of British ethnicity.

His father, Kristin is a massage therapist whereas his mother, Warren is an actress, dancer, and singer.

Moving towards his education, he is currently attending a professional art school. Also, he is getting trained in dance and voice.

At the age of 11, he stepped into the entertainment industry as a voice artist. In 2015, contributed his voice to the short movie, Star Stuff: The Story of Carl Sagan for the character, Child Carl.

Following that, in 2017, he starred the short, Brad’s Status as Tween One and Party Dress as Harper Klein. The following year, he made his appearance in the NBC’s series, Good Girls. In the crime comedy centered drama, he appeared as a girl named Sadie Mark in the 1st season.

In the 2nd season, he came out as a transgender boy in the 2nd season. At that point in time, his name was changed to Bem Marks from Sadie. In 2020, the series completed its 3rd season. Currently, he is focused on his upcoming projects.

Isaiah Stannard has green eyes with blonde hair. He stands at a height of 5 feet 4 inches and weighs around 53 kg.

He was born as a girl with the name, Isaiah. Nevertheless, the actor always liked to represent him as a boy. Currently, we can observe him as a male. Also, he likes to talk publicly about the matter.