Isaiah Washington is an American actor of Grey's Anatomy. 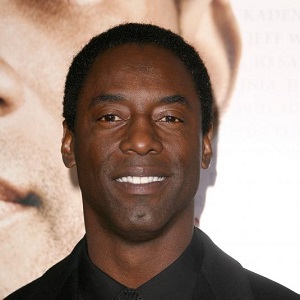 You don't have the time to "make the time" to do anything. You have to do it now!

Even if I'm playing a bad guy, I work hard to make him multi-leveled and interesting.

What is the relationship of Isaiah Washington?

Isaiah Washington is a married man for a long time. He is married to his long-time girlfriend Jenisa Marie Garland. The couple got married on 14 February 1996.

The couple has been married for 21 years now and they are still living a happy life together.

Who is Isaiah Washington?

Isaiah Washington is an American actor. He is best known for his role as Preston Burke on the ABC medical drama Grey’s Anatomy from 2005 until 2007.

In 2014, he began playing Chancellor Thelonious Jaha on the CW series The 100.

Isaiah was born on 3 August 1963, in Houston, Texas, USA. His parents were residents of the Houston Heights community.

His nationality is American and he is of African-American ethnicity.

His parents moved to Missouri City, Texas in the 1980s. Washington’s father was murdered when he was 13 years old.

He attended Willowridge High School. After that, he enrolled at Howard University. After that, Isaiah served in the United States Air Force.

Isaiah began his film career in the early-1990s. He made his acting debut in the film The Color of Love (1991). The same year, he appeared as Malcolm in the film Land Where My Fathers Died.

In 2005, he originated the role of Dr. Preston Burke in the series Grey’s Anatomy. For his role in the film, he won two NAACP Image Awards for Outstanding Actor in a Drama Series.

In addition, he earned a Screen Actors Guild Award. Isaiah was honored by TV Guide as one of “TV’s Sexiest Men” in June 2006. He was named one of the TV’s sexiest doctors in June 2008 on TV Guide’s television channel.

In 2103, he played the character John Muhammed in Blue Caprice. For his role in the film, he was nominated for Black Reel Award for Outstanding Actor in a Motion Picture.

In addition, he earned a nomination for Gotham Independent Award for Best Actor. However, he didn’t win any awards that year.

He began playing the character Chancellor Thelonious Jaha in the series The 100 in 2014. Since then, he appears as a series regular in series.

Washington became the host of a travel cooking show on Fox Nation in the year 2020.

Isaiah Washington: Salary and Net Worth

In October 2006, rumors were that Washington insulted co-star T. R. Knight with a homophobic slur. Shortly after the details of the argument became public, Knight publicly disclosed that he was gay.

The situation seemed somewhat resolved when Washington issued a statement, apologizing for his “unfortunate use of words during the recent incident on-set”

The controversy later resurfaced when the cast appeared at the Golden Globes in January 2007. While giving an interview on the red carpet prior to the awards, Washington joked, “I love gay. I wanted to be gay. Please let me be gay”.

Isaiah has a height of 6 feet 1 inch. He has black hair and dark brown eyes.

Besides these, his current body weight is 84kg.

Isaiah is active on Instagram as ‘therealisaiahwashington’ with more than 218k followers.