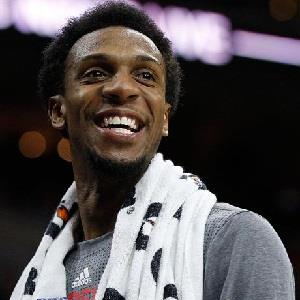 Reflecting on the personal life of Ish Smith, he is possibly single. There isn’t any information regarding his romantic relationship affairs. His personal life isn’t in the limelight as his career path is.

Who is Ish Smith?

Ish Smith is an American well-known professional basketball player.  He is best known as the player for Detroit Pistons of National Basketball Association (NBA). He plays from point guard position wearing jersey number 14.

Ish Smith was born in Charlotte, North Carolina. He was born on 5 July 1988. He is of African American ethnicity and has an American nationality. His parents are Gwen and Larry Smith and birth name is Ishmael Larry ‘Ish’ Smith. He has one brother and two sisters.

In 2014, Smith recorded his career high of 15 points in a winning match against San Antonio Spurs. On 15 July 2014, he was released from the team Suns and he joined Oklahoma City Thunder on 19 July 2014. In 2015, he was traded to New Orleans Pelicans but he was immediately released from the team later that day. On 22 February 2015, he signed with Philadelphia 76ers and set a new career high of 23 points.

Furthermore, on 25 September 2015, he signed with New Orleans Pelicans but he was soon released from the team on 24 October 2015. Then he was acquired by New Orleans Pelicans on 26 October 2015 and traded back to Philadelphia 76ers on 24 December 2015. On 8 July 2016, Smith signed a three-year contract worth $18 million with Detroit Pistons and since then he is playing from there.

Ish Smith: Salary and Net Worth

Ish Smith has a height of 6 feet. His body weighs 79kg. He has black hair and black eyes.