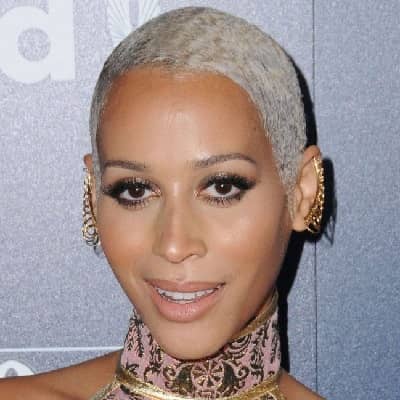 Isis and Desmond met each other on My Space for the first time almost 4 years ago. Desmond was then working as a graphics designer and Isis as a fashion designer. The couple started dating in 2009.

Desmond proposed her on The Tyra Banks Show on-air in 2009 after her transition surgery. She accepted the proposal and got engaged with him.

After their engagement, they had not revealed what happened further. And so Isis’s relationship status is also not known as of now.

Who is Isis King?

Isis King is an American model, actress, creator, producer, and also a fashion designer. She is the first trans woman to appear on the show, American Top Models.

King became a role model for women in the LGBTQ+ community.

Her mother’s name is Sharray. Other information about her parents and family are not revealed on the media. They were against Isis’s decision to transition.

She had a younger sister Chanel who died as a baby after being born with all of her organs outside of her body. Isis is of African-American ethnic group.

She has an undergraduate degree in design and illustration from the Art Institute of Philadelphia.

Isis has worked as a receptionist at a hair salon, and as a program assistant for a nonprofit organization in her initial days. Then she began walking for the runways and almost did it for seven years.

She was living at the Ali Forney Transitional Living Program when she joined America’s Next Top Model. Isis was among the fourteen finalists for the eleventh cycle of the show. She was placed tenth overall.

In 2011, she participated in Cycle 17 of America’s Next Top Model but was eliminated in the third week of the competition. She became the ICON, as the most commented contestant in ANTM history.

After it, Isis has been featured in various magazines and websites. In 2012,  she became American Apparel’s first openly transgender model. And as of now, she works as a Freelance Fashion Model, Designer, and also a Motivational Speaker.

Isis was born physically as a male but she always stated that she was born female mentally and on everything else. She prefers to calling it  “born in the wrong body” rather than “transgender.”

Isis released that she was gay when she was in high school but didn’t disclose it. She thought it wasn’t the accurate time.

She moved to New York to begin her transition, but she couldn’t afford the money. Isis then moved into the Ali Forney Center for homeless LGBTQ youth. She started hormone replacement therapy in the summer of 2007.

And finally, she had gender-confirming surgery in 2009. In 2007, she also appeared in an MSNBC special titled Born in the Wrong Body.

The annual salary of a female model in the USA is around $41,300. So Isis also must have a good earning.

Similarly, she has a beautiful face with dark brown colored hair and eyes. Isis prefers to dye her hair into different colors.