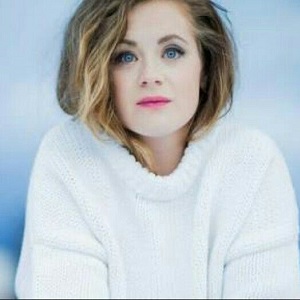 What is the relationship of Islen Solheim?

Islen Solheim is currently single. Also, she has not been linked with anyone in the past. She likes to be very secretive about her personal information and avoids questions regarding relationships and affairs.

She might be looking for a perfect match and hope she will find him very soon.

Islen Solheim is a Norwegian singer and songwriter. She is popular for her vocals in Alan Waler’s singles ‘Faded’ and ‘Sing Me to Sleep’.

She was born on June 20, 1990, in Naustdal, Norway. Her birth name is Iselin Loken Solheim and she is currently 32 years old. Her mother’s name is Anne-Lise Solheim.

Islen has not mentioned anything regarding her father and about her childhood.

She started singing at a young age. Islen holds Norwegian citizenship but her ethnicity is Norwegian.

Talking about Islen education history, she attended Skiringssal Folkehøyskole in Sandefjord in 2009 and learned to write songs and make her own music. She went to Liverpool after a year and enrolled to study in Popularize Music and Sound Technology at The Institute for Performing Arts. She developed as an artist and performer during her college time.

She returned to Norway from the UK and immediately she was signed by Bisi Music. After that, she released her debut single ‘What’s Happening’. The Song received wide airplay and the song was selected ‘Song of the Week’ for the national radio station Radio Norge. She also met Jesper Borger at the same time. Then, she wrote ‘The Wizard of Us’ in collaboration with her former manager Hilde Wahl and Jesper Borgen.

In addition, her vocals were uncredited on Alan Walker’s EDM songs ‘Faded’ and ‘Sing Me to Sleep’ during late 2015 and early 2016. She released her single, ’Bathtub’ in 2018. Her other songs include ‘Colored Sky’, ‘Crazy Town’, ‘Do You Care’, ‘Just For A Moment’, ‘Better With You’, and many more.

It seems that this 32-year-old singer has not received any awards or nominations for her work. Hope, she will in the future. But she was ranked in the top 40 in the Norwegian version of Pop Idol (Idol– Jakten på en superstjerne).

The talented singer likes to maintain her celebrity status and has not been involved in any rumors and controversies in her personal and professional life.

She has a height of 5 ft. 6 inches and she weighs 56 kg. Also, Islen has blue eyes and blonde hair.

Norwegian singer and songwriter Iselin Solheim-Her rise to fame and her attractive discography!