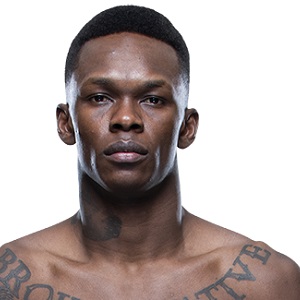 Israel Adesanya is currently single. Despite being in the spotlight for being one of the entertainers of UFC, he likes to keep his profile low when it comes to his personal life. He has not been linked with any other women either. So, there is no further information available regarding her marriage, and about his children. He seems to be highly focused on his career.

Who is Israel Adesanya?

Israel Adesanya is a rising and talented Nigerian-born New Zealand professional mixed martial artist. He is also a boxer and a kickboxer. Israel considered as a rangy, technical striker and he is already being compared to some great fighters in the octagon like Jon Jones and Anderson Silva. He has competed as a cruiserweight in boxing and he is currently competing for the Ultimate Fighting Championship and he is one of the rising names in the middleweight division of the UFC.

He was born on July 22, 1989, in Lagos, Nigeria. His birth name is Israel Mobolaji Adesanya and she is currently 29 years old. He took the training of taekwondo for a brief time but his mother him after he broke his arm. Then, he moved to New Zealand and started training in kickboxing at the age of 18. He was inspired by the Muay film ‘Ong-Bak’. Then, he moved to China and later relocated to Auckland, New Zealand, at the age of 21. After that, he took training at City Kickboxing with Kia Kara-France and Dan Hooker.

Similarly, he has not disclosed information regarding his parents, and about his childhood.

Israel holds Nigerian and New Zealand citizenship whereas his ethnicity is Nigerian.

Talking about his education history, he attended Christland School, and then Bella Secondary School. After that, he attended Rotorua Boy’s High School.

Israel began his professional career in 2012. He fought in New Zealand, Australia, and China at the beginning of his carer and spent the course of five and a half years.

He made a record of 11-0 with all wins with TKO and later signed by the UFC in December 2017. On February 11, 2018, he made his professional match debut in which he faced Rob Wilkinson and the match went till second round and he won the fight with a TKO and earned him the performance of the Night bonus.

On April 14, 2018, he fought his second match against Marvin Vettori at UFC and won the fight with s split decision. He faced Brad Tavares during the Ultimate Fighter 27 Female on July 6, 2018, and won the fight via unanimous decision and won another Performance of the Night Award.

He has been successful in climbing the Middleweight rankings in his short period of time. On November 3, 2018, he was pitted against Derek Brunson at UFC and he defeated Derek in the first round.

The 29 years old boxer seems to keep his low profile and does not seem to be engaged in any types of rumors and controversies in his career.

He has a height of 6 ft. 4 inches and weighs 84 kg. He has got ripped muscles and he has maintained his body weight. Israel has black eyes and black hair.