Canadian ItsFunneh is a YouTuber and Gamer.

ItsFunneh’s current relationship status is possibly single. As of now, she has not introduced anybody as his boyfriend or partner. 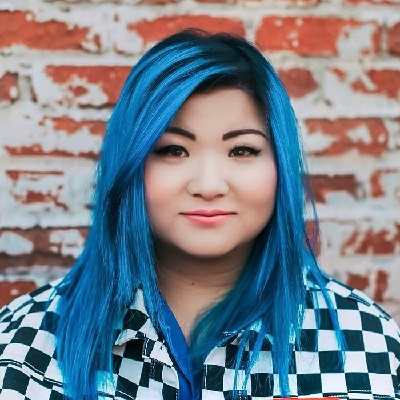 ItsFunneh is a YouTuber and Gamer. She is popular for her gaming videos and lives on YouTube that went viral on the web.

ItsFunneh was born on 31st October 1995 in Canada. Her real name is Katherine La a.k.a Kat. She is of Far-East-Asian ethnicity.

To date, she has not shared any details on her family background including her mother and father. However, he happens to be the third child to her parents.

She has two elder siblings; PaintingRainbows and GoldenGlare with two younger siblings; DraconiteDragon and LunarEclipse. All of her sisters and brother are YouTubers by professionals. Also, they are professional gamers.

Through the very first YouTube video, she gripped the attention of a large number of audiences on her channel. However, she took a break from the channel for a year.

After the success of the season, she also making Minecraft videos on various subjects including adventure, mini-game, and challenge videos. Besides such videos, she also interacts with her subscribers through her live YouTube videos section.

She has black eyes with brunette hair. However, she prefers to color her hair from black to blue. She stands at a height of 5 feet and 4 inches and weighs around 60 kg.