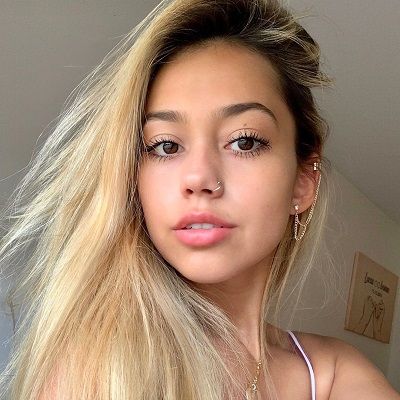 Ivanita Lomeli is in a romantic relationship with Lucas Dobre. He is also a YouTuber and appears in Lomeli’s YouTube videos.

Lucas in March 2018, confirmed that he is having an affair with Ivanita.

Ivanita Lomeli is an American model plus an Instagram star. She has known for her romantic relationships with YouTuber Lucas Dobre.

She was born on 25 Oct 1997 in Virginia, USA. Her mother and father were from Jalisco, Mexico. Ivanita is of Italian ancestry.

She has two siblings, an older brother, and a younger sister whose name is Danny.

There is no information about her academics background.

She also has her own Youtube channel which is subscribed by more than 3.65 million subscribers and was created on June 21, 2018.

She also uploaded videos with her boyfriend. Her latest video was titled as Surprising My Friends With The Worst Gifts! which she has uploaded on Dec 26, 2019.

As for her first youtube video was Slime Prank on Lucas and Marcus! uploaded in July 2018. This video of her has gained more than 20 million views as of 2020.

Talking about Ivanita Lomeli’s body features, she has brown eyes and light hair. She has a height of 5 feet 3 inches and a weight of 45 kg.

Ivanita Lomeli Soto joined Twitter in July 2017 and has around 37.3k followers.

Her Instagram has more than 926.9k followers and around 55 posts. She usually posts solo photos of her and with boyfriend on her Instagram.