Izzy Stannard is a renowned American actor. He was seen in a show called Good Girls. 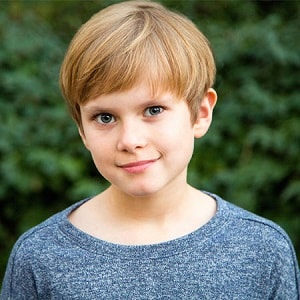 What is the relationship of Izzy Stannard?

Izzy Stannard is currently possibly single. He has not been linked to anyone and might be focusing on his career rather than being in a relationship.

Izzy was born as a girl. however, he wanted to be addressed as a boy. He has been seen as someone who young people can look up to as he knows what he wants at such an early age.

Who is Izzy Stannard?

Izzy Stannard is an American transgender child actor who is best known for his performance in ‘Good Girls’ in 2018, ‘Brad’s Status’ in 2017, and ‘Party Dress’ in 2017.

Also, he is famous for being the transgender actor who likes to identify with the male pronoun.

Izzy was born on October 1, 2004, in New York City, New York. His current age is 16. He has not disclosed information regarding his parents, childhood, and siblings.

He holds American citizenship but his ethnicity is unknown.

He has attended the Professional Performing Arts School and trained in voice and dance. During his school play, he portrayed the role of Charlie on ‘Charlie and the Chocolate Factory’.

Izzy Stannard debuted his acting career from the 2017 short film ‘Party Dress’ in which he appeared as Harper Klein. In the same year, he portrayed the role of Tween One in Brad’s ‘Status’.

He gave his voice of Child Carl on ‘Star Stuff: The Story of Carl Sagan’ in 2015. He appeared as Sadie Marks, daughter of Mae Whitman’s character in the crime-drama television series, ‘Good Girls’, alongside Mae Whitman, Reno Wilson, Christina Hendricks, and many more.

The show has two seasons and is very popular. Furthermore, he will be part of season 3.

He has an estimated net worth of around $50,000 and he has earned that sum of money from his professional career. Also, he earns an average salary of around $50-$100 per hour.

Izzy Stannard has a height of 5 ft. 3 inches and weighs 40 kg. He has green eyes and dark brown hair.

To know more about Jay Hernandez, Daryl Sabara, and Jordan Alan, please click on the link.