J. A. Happ is an American professional baseball pitcher who is a free agent. He has played for the Philadelphia Phillies, Houston Astros, Toronto Blue Jays, Seattle Mariners, Pittsburgh Pirates, and New York Yankees. 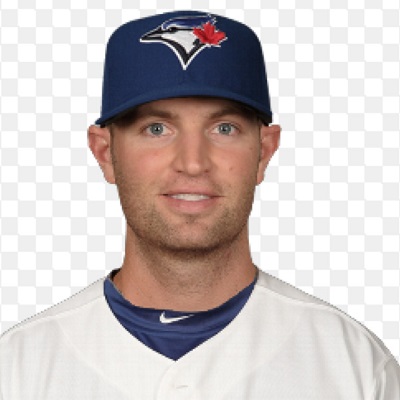 J.A. Happ is a married man. He has been married to his longtime girlfriend Morgan Cawley since November 1, 2014, in La Salle, Illinois.

The family is currently living together without any sign of divorce between the couple.

J.A. Happ is an American baseball player. J.A. Happ is currently playing as a pitcher for the New York Yankees of Major League Baseball (MLB).

He was born on October 19, 1982, in Peru, Illinois, USA. His birth name is James Anthony Happ. He was born to his mother Sue Happ and his father Jim Happ. He has two sisters.

Happ holds American citizenship but his ethnicity is unknown.

He joined St. Bede Academy and graduated in 2001 and then enrolled at Northwestern University, where he majored in history.

He played for Northwestern Wildcats during his university time and was named to the All-Big Ten Conference First Team. He was selected in the third round, with the 92nd overall selection by Philadelphia Phillies in the 2004 Major League Baseball (MBL) draft, and played in the minor league until the 2006 season.

He was named Bureau County Athlete of the Year during his senior season.

He has an estimated net worth of around $6 million and he has earned that sum of money from his professional career.

In addition, it was announced that the Blue Jays signed Happ to a one-year contract worth $3.7 million. Moreover, he signed a three-year, $36 million contract with his former team Blue Jays on November 27, 2015.

This player has been successful in keeping himself far from rumors and controversies in his personal and professional life.

In 2013, he was suffered from a head injury. He had a fractured bone behind his ear. But this player said this injury was not serious of life-threatening.

J.A. Happ has a height of 6 ft 6 inches and weighs 92 kg. Also, he has green eyes and bald hair. Other information about his shoe size, dress size, etc. are unknown.

To know more about Scooter Gennett, Pablo Lyle, and Taj Gibson, please click on the link.

“It’s going to be a scarier version”: Chris Pratt on ‘Jurassic World 2’, its director and the original: Learn on it here!