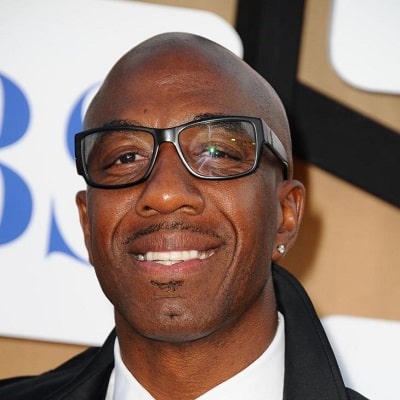 When you're babysitting a kid, all you're seeing is a version of them, a small dosage.

When you're babysitting a kid, all you're seeing is a version of them, a small dosage.

You got to start by doing little things if your quest is to take over the world.

What is the relationship of J.B. Smoove?

J.B. Smoove is a married person. He has been married to his longtime girlfriend Shahidah Omar since July 8, 2007. His wife, Omar is a singer and uses the stage name Shah XO and Shah Clectic.

J.B. Smoove is an American actor, writer, comedian, voice actor, and producer who is best known for starring in ‘Curb Your Enthusiasm’, ‘The Millers’ and  ‘Real Husbands of Hollywood’.

He was born on December 16, 1965, in Plymouth, North Carolina, USA. His birth name is Jerry Angelo Brooks. He was born to his father Floyd Brooks and his mother Elizabeth Brooks.

He was raised in Mount Vernon, New York from the age of 3 and spent a lot of his time with his extended maternal family in the Plymouth.

Smoove has two younger brothers, including a brother named Floyd Brooks Jr. His father passed away due to diabetes when he was 15 years old.

Smoove holds American citizenship but his ethnicity is unknown.

He joined Mount Vernon High School and then enrolled at Norfolk State University where he studied engineering and graphic design.

After graduation, he started working as a  perfume formulator and sold fire extinguishers door-to-door. He started his career in Television in 1995 and moved to Los Angeles in 1999.

In addition, J.B. Smoove has worked as a writer and comedian for ‘Saturday Night Live’ (SNL) which gained him much recognition. Furthermore, he appeared in ‘Jimmy Kimmel Live!’, ‘Ego Trip’s Race-O-Rama’, etc.

He has been nominated for 2017’s Screen Actors Guild Awards in the category of Outstanding Performance by an Ensemble in a Comedy Series for ‘Curb Your Enthusiasm’ in 2018.

Also, he won WGA Award in the category Comedy/Variety – (Including Talk) Series for ‘Saturday Night Live’ in 2007.

There was a rumor that Smoove might be playing J. Jonah Jameson or a villain, producer Pete Caroll has revealed that Smoove will be a high school teacher named Mr. Dell, who chaperones the European trip.